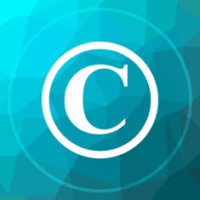 Can a monkey hold a copyright in United States? It may seem like a silly question. However, it is one that recently required an answer at the United States Court of Appeal for the Ninth Circuit Court. On April 23rd, 2018, the Ninth Circuit weighed in on one of the strangest copyright lawsuits that have been filed in quite some time. The answer? No, a monkey cannot own a U.S. copyright.

A Monkey Took a Selfie in Indonesia

The picture in dispute in this case was taken nearly seven years ago, in 2011 on the Indonesian island of Sumatra. There, a monkey named Naruto one day picked up a camera and began snapping selfies. That camera belonged to a nature photographer named David Slater, who had befriended the monkeys as part of his work. As can happen on the internet in the modern world, the monkey’s selfies soon went viral, turning Naruto into a (seemingly temporary) international star.

A Copyright Dispute Arose Between the Camera Owner and a Website

By 2014, a legal dispute had emerged between David Slater, who claimed that he owned the copyright to the photos, and Wikimedia Commons, the parent company of news blog named Techdirt. Techdirt had been hosting the selfie photos on its website. Mr. Slater, who had been selling the photos, claimed that website’s hosting of the photos caused his business to dry up. He soon filed a legal claim arguing that the website was violating his copyright interests. He argued that he owned the copyright to the famous photos, because: 1) the selfies were taken using his camera, and 2) he set up the situation by befriending the monkeys in the first place.

PETA Filed Its Own Copyright Lawsuit on Behalf of the Monkey

In 2015, People for the Ethical Treatment of Animals (PETA) made the rather surprising decision to  jump into the dispute, filing a ‘Next Friend’ motion on behalf of Naruto. A ‘Next Friend’ motion is filed on behalf of a party who is incapable of representing their own interests. Most often, it is done on behalf of disabled people, though technically, it can also be done on behalf of animals. In its motion, PETA argued that the copyright for this photograph actually belonged to the monkey. Therefore, any proceeds made in sales of this photograph should be used to provide environmental protection to the animal.

In 2016, a U.S. District Court Judge dismissed PETA’s case, stating simply that animals have no rights under United States copyright law. Now, the Ninth Circuit denied all motions to vacate the dismissal, ruling in favor of Mr. Slater. It is irrelevant that a monkey technically took the photograph; animals have no rights under American copyright law.

Get Help From a Florida Copyright Law Attorney Today

At Pike & Lustig, LLP, we are full service law firm with experience handling a wide range of copyright law issues. To get immediate assistance with your copyright case, please reach out to our legal team for a free case evaluation.

From our main office in West Palm Beach, and our second location in Miami, we handle copyright law issues all over South Florida, including in Martin County, Palm Beach County, Broward County, and Miami-Dade County.