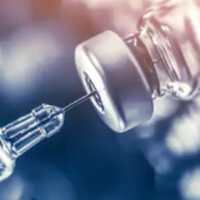 The short answer is yes – and the legal precedent dates back to 1905.

Back in February of 1902, amid the smallpox epidemic, the Board of Health in Cambridge, Massachusetts, introduced a regulation requiring that any resident who had not been vaccinated against the disease in the previous five years must be vaccinated or revaccinated. Massachusetts state law imposed a fine of $5 for anyone over the age of 21 years old who was eligible to receive the vaccine but refused.

In July of that year, Henning Jacobson, a 50-year-old Swedish immigrant and Lutheran pastor, refused to be vaccinated. He was then arrested and convicted of violating the state’s compulsory vaccination law and issued the $5 fine. Jacobson challenged his conviction, but the Massachusetts Supreme Court upheld it, so he took his case to the U.S. Supreme Court in 1904.

In February of 1905, the U.S. Supreme Court case, Jacobson v. Massachusetts, the court ruled Massachusetts had the authority to fine people who refused vaccinations for smallpox.

The 1905 Supreme Court decision set a precedent for subsequent court rulings that have reaffirmed, over the years, that state and local authorities can, in principle, impose penalties — including criminal sanctions — upon individuals who refuse to undergo mandatory vaccinations. In the majority opinion, Justice John Marshall Harlan summarized some of the main issues at stake:

“[…] The defendant [Jacobson] insists that his liberty is invaded when the State subjects him to fine or imprisonment for neglecting or refusing to submit to vaccination; that a compulsory vaccination law is unreasonable, arbitrary and oppressive, and, therefore, hostile to the inherent right of every freeman to care for his own body and health in such way as to him seems best; and that the execution of such a law against one who objects to vaccination, no matter for what reason, is nothing short of an assault upon his person.

But the liberty secured by the Constitution of the United States to every person within its jurisdiction does not import an absolute right in each person to be, at all times and in all circumstances, wholly freed from restraint. There are manifold restraints to which every person is necessarily subject for the common good. On any other basis organized society could not exist with safety to its members. Society based on the rule that each one is a law unto himself would soon be confronted with disorder and anarchy…”

The precedent was challenged as recently as 2015 when the U.S. Court of Appeals for the Second Circuit explicitly cited the case when affirming the constitutionality of a New York state law that makes vaccination mandatory for public school students.  Therefore, when a vaccination is approved, individual states could, in principle, introduce a constitutionally sound mandatory COVID-19 vaccination program, and states could impose criminal penalties for those who, without a recognized exemption, refuse to be vaccinated.