Can a Florida Employer Fire Their Employee for Protesting? 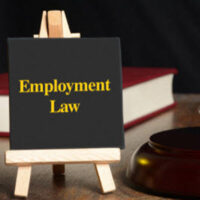 In the wake of widespread protests over the killing of a black man by police, many people complained that they had been fired for attending the protests. But can employers in Florida actually fire their workers for protesting? In short, yes, an employee can be fired for pretty much any reason or no reason at all since Florida is an “at-will” state.

As reported by The Tampa Bay, several people complain that their employers fired them for protesting or even posting on social media about the protests. However, some of the employers were quick to deny that the employee’s participation in the protests for racial justice led to their termination.

Can an Employer Legally Fire Their Workers for Attending a Protest?

What many employers and employees do not realize is that Florida’s employment law does not prohibit employers from firing workers for participating in protests because the Sunshine State is an “at-will” state. What that means is that an employee can be terminated for any reason or no reason at all.

However, the same cannot be said about governmental employees, since the First Amendment makes it illegal for the government or governmental entity to punish people for attending a peaceful protest. Also, union workers may enjoy additional protections when it comes to being terminated for protesting.

As for private employers who are not affiliated with unions, they have a right to fire workers for anything, including for participating in a protest and even expressing their political opinion. However, Florida law makes it unlawful to fire an employee specifically for voting for or against a particular candidate.

In the report by The Tampa Bay, the employer who is being accused of firing an employee for attending protests insists that the worker was fired for violating company policy. The employer also admits that the policy was violated during a protest, but stopped short of specifying what policy that was.

Although Florida’s employment law does not prohibit employers from firing employees for protesting, doing so could potentially expose the employer to liability for discrimination because the ongoing protests are related to racial justice. Under federal law, it is illegal to discriminate against an employee on the basis of race or skin color.

The report also found that several employees in Florida were fired for merely posting about the George Floyd protests. In Florida, an employer can legally terminate a worker for social media posts about protests, regardless of whether the employee mentions that he or she works for a particular employer or not.

As a rule of thumb, employees are more likely to face adverse employment actions if they specify who they work for on their social media accounts. After all, employees who specify their place of work on social media may be viewed as their employer’s representatives. Thus, when a worker says something that could potentially hurt the reputation of the company they work for or something that violates their company’s policy, they are more likely to be fired for their social media posts.

If your employees are accusing you of firing them for protesting or posting on social media, consult with a knowledgeable employment law attorney in Florida. Speak with our West Palm Beach employment lawyers at Pike & Lustig, LLP, to get a case review. Call at 561-291-8298 to discuss your situation.