Can a Lawyer Be Sued for Legal Malpractice for Failing to File a Claim on Time? 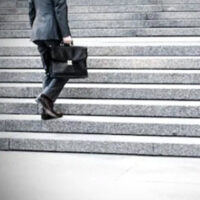 Florida law requires attorneys to act with a certain standard of care when handling their clients’ cases. Failure to act as a reasonably competent lawyer – such as failing to file a complaint on time or missing the statute of limitations – can be considered legal malpractice.

Clients might be able to sue their attorneys via a legal malpractice suit if they missed the time limits provided by Florida’s statute of limitations. However, whether a malpractice claim is successful depends on a multitude of factors.

Lawyer Failed to File a Complaint/Lawsuit on Time

A lawyer may fail to file a complaint or lawsuit on time for several reasons:

If an attorney failed to meet any deadlines or did not comply with the applicable statute of limitations, the client may be able to pursue a legal malpractice claim to recover damages. If you are a lawyer facing legal trouble over your failure to file documents on time, contact a West Palm Beach legal malpractice attorney.

3 Elements to Prove in a Legal Malpractice Suit

Florida law requires clients, who suffered damages due to their lawyers’ malpractice, to establish three elements to prevail in their legal malpractice claim. A client must prove the following elements:

To determine whether an attorney was negligent, the court will compare his/her behavior to what another reasonable and competent lawyer would have done. A lawyer might be deemed negligent if he or she failed to meet the standard.

For example, if a client approached a lawyer with a claim when there was sufficient time to file legal documents before the deadline ran out, but the lawyer failed to file in time, the court could view such behavior as below the standard of professional conduct.

However, if a client came to an attorney just a week or few days before the statute of limitations ran out, he or she would most likely not be deemed negligent for missing the deadline simply because any other reasonably competent lawyer would have been unable to file on time in that particular situation.

The second element is to prove that the lawyer’s malpractice damaged the client in some way. To prove that a client suffered damage due to a lawyer’s failure to file a claim on time, the client must establish that he or she would have won the case if the deadline had not been missed.

Prior to bringing a legal malpractice claim, the alleged victim of an attorney’s professional malpractice must make sure that the costs of pursuing litigation are worth it. In other words, the damages suffered as a result of the lawyer’s negligence must be substantial to justify a lawsuit.

If you missed deadlines for filing your client’s claim and are at risk of being sued for unprofessional or unethical conduct, contact our West Palm Beach legal malpractice attorneys at Pike & Lustig, LLP. Call at 561-291-8298 to evaluate your options.