Can You Get Compensation for Your Vaping-Related Injury or Illness in Florida? 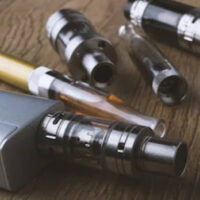 A man who lived in the West Palm Beach for five years may have died as a result of vaping, as the nation continues to grapple with the vaping health crisis.

The most recent update by the Centers for Disease Control and Prevention shows that 47 deaths and 2,290 illnesses tied to vaping have been confirmed by health officials across the country so far.

Injured teenagers and adults who suffered lung injuries and other illnesses and health complications as a result of vaping and using JUUL have been filing product liability and personal injury lawsuits against manufacturers, sellers, distributors, and other parties.

Our West Palm Beach personal injury attorneys at Pike & Lustig, LLP, can assist with pursuing a claim against those whose negligent acts or failure to warn of risks led to your vaping-related injury or illness.

A 28-year-old man who lived in the West Palm Beach area for five years died last week after his family found him incapacitated. The surviving family members said he died as a result of vaping, according to KVOA.

The young adult’s mother said her son was completely fine after he came home from hanging out with his friends. The next morning, her attempts to wake him up were futile. The man’s mother said there was vomit on the bed next to him. There was also a vape pen beside him.

According to the man’s family members, doctors spent days trying to save his life, but his lungs were too damaged at that point. His mother said doctors told her he died of pneumonia because of vaping, and that his lungs looked white.

An autopsy has yet to determine how the 28-year-old man died and whether vaping had anything to do with the severe lung damage. The news came nearly two months after WCTV reported Florida’s first death from a lung illness due to vaping.

Shortly before Florida’s first vaping-related death, lawmakers weighed in on a bill that would raise the minimum purchase age for e-cigarettes and vaping devices from 18 to 21. The bill would also ban the use of flavorings in West Palm Beach and across the state.

Just recently, a 17-year-old Canadian boy was hospitalized with a life-threatening popcorn lung-like illness after vaping THC and flavored e-liquids.

Signs of Vaping-Related Illness or Injury

Symptoms of vaping-related lung problems and pulmonary disease include:

Get medical attention if you spot any of these vaping-related injury or illness symptoms. For those who have suffered lung problems linked to vaping, medical expenses, loss of income, and pain and suffering damages can reach hundreds of thousands of dollars.

If you or your teen child has been diagnosed with a vaping-related illness or injury, seek legal advice immediately. You may be eligible for compensation if you file a product liability lawsuit. Discuss your options with a West Palm Beach personal injury lawyer. Contact Pike & Lustig, LLP, to determine liable parties. Call at 561-291-8298.

By Michael Pike and Daniel Lustig | Posted on December 2, 2019