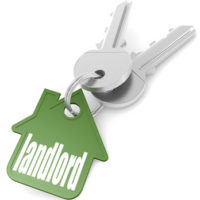 On July 12th, 2017, Florida’s Fourth District Court of Appeal issued a ruling in the case of Sears, Roebuck & Co. v. Forbes/Cohen Florida Properties and the City of Palm Beach Gardens. In it, the court struck down a Palm Beach Gardens city regulation that restricted certain commercial tenants’ ability to subdivide their property. Here, our experienced West Palm Beach landlord-tenant litigation lawyers explain and analyze this decision.

The History of Development and the Commercial Lease

In the mid-1980s, Forbes/Cohen Florida Properties entered into a deal with city of Palm Beach Gardens. Under the terms of the contract, Forbes/Cohen was to develop an underused lot into a state of the art mall. When the mall finally opened in 1987, Sears became one of the property’s anchor stores.

Sears signed a 30-year lease with the mall developers, Further, the lease also granted Sears the automatic right to seek an extension for an additional ten years, four separate times. Finally, under the terms of the lease, Sears had the legal right to sublease the property at its discretion.

Sears Looked  for a Joint Tenant

In their space in the Palm Beach Gardens mall, Sears had a two-story commercial property. By 2011, it became clear that business conditions no longer warranted that much space. As such, Sears began to search for a joint tenant. The company negotiated with several major national retailers, including Dick’s Sporting Goods, with whom the company eventually signed a sublease agreement.

The City Changed the Regulations

The mall landlord made a determination that Dick’s Sporting Goods was inappropriate for the property. Yet, despite the concerns that were raised, Sears went with Dick’s Sporting Goods anyway. At this point, the landlord took action with the city of Palm Beach Gardens, lobbying for, and eventually getting, a regulatory change that essentially required Sears to get city approval before subleasing the property to any other business.

The Fourth District Appeals Court has now struck down this Palm Beach Garden law. The court did so on the grounds that the resolution violated the constitutional rights of Sears, and other commercial tenants in similar circumstances.

Specifically, the court concluded that the city’s new rules impaired Sears’ contract rights and deprived the company of its substantive due process rights. Additionally, the court found that the Palm Beach Gardens resolution was far too vague, and that Sears and other similarly situated companies had no reasonable access to the criteria or standards that city officials would use to approve or disapprove of a prospective tenant.

At Pike & Lustig, LLP, our landlord-tenant attorneys are dedicated to fighting for the interests of commercial landlords. We always stay up to date on the latest legal and policy developments. If you are a commercial landlord in need of legal advice, please do not hesitate to contact us today at 561-291-8298 (our West Palm Beach office) or at 305-985-5281 (our new Miami office) to schedule your free legal consultation.