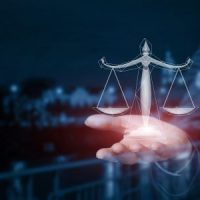 According to a report from Forbes, Marcus Lemonis—an American businessman and the star of the hit television show “The Profit” on CNBC—is facing a civil RICO lawsuit over allegations that he caused serious damage to dozens of small businesses. Dozens of small businesses have raised complaints about the show, though not all of them are filing lawsuits. In this blog post, our Miami RICO claims lawyers provide an overview of the allegations raised by the CNBC network star.

At Least 70 Businesses are Claiming Harm Due to the Show

The Profit is a documentary style reality television show on CNBC. The show stars Marcus Lemonis, the Chief Executive Officer (CEO) of a number of different companies, including Camping World. The central conception of the show is that Mr. Lemonis offers his expertise to help improve struggling small businesses. For his services, he receives an ownership stake in the company.

While the show has been highly successful—it is already set to return for a ninth season—at least 70 businesses are alleging that they suffered significant harm due to their participation in the project. A civil RICO lawsuit has been filed against Mr. Lemonis and several related companies in the United States District Court for the Southern District of New York.

In the lawsuit filed against Mr. Lemonis, the plaintiff alleges a pattern of racketeering activity. The lawsuit is centered on the claim that Mr. Lemonis improperly and unfairly used his ownership stake and proprietary information about the small business to take advantage of the original owners.

Proving liability in a RICO case is a high bar. Courts are clear: A civil RICO violation is more than just “mere fraud.” To prove civil RICO liability in federal court or Florida state court, a plaintiff must establish that the defendant engaged in a pattern of racketeering activity as part of an enterprise.

One Civil RICO Lawsuit has Already Been Dismissed

Recently, a federal judge dismissed another civil RICO lawsuit that was filed against Mr. Lemonis and the reality show on similar grounds. For his part, Mr. Lemonis is strongly denying the allegations in this case as well. His legal representatives have already filed a response to the civil RICO lawsuit. Among other things, the response states that “the civil RICO claims are without merit.” The lawsuit is still currently pending as the show is set to return for a new season.

At Pike & Lustig, LLP, our Miami commercial litigation lawyers have deep expertise in civil RICO law. If you have any questions or concerns about civil RICO claims, we are here as a resource. Call us now or connect with us directly online to arrange a strictly private case review. From our Miami office and West Palm Beach office, we provide civil RICO representation throughout Southeast Florida, including in Miami Beach, Hialeah, Fort Lauderdale, Hollywood, Miramar, and Jupiter.

By Michael Pike and Daniel Lustig | Posted on September 10, 2021
Skip footer and go back to main navigation