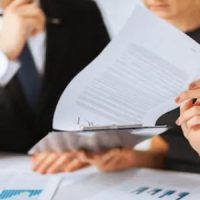 In order to reduce liability under federal employment laws, many employers have resorted to arbitration clauses. That is, they require employees to sign agreements that say that if there is a claim related to sexual harassment, they agree to have their claim submitted to arbitration.

Arbitration has a number of benefits for employers (and other businesses; arbitration clauses are used in a number of different fields).

The first is elimination of a jury—many businesses feel, rightly or wrongly, that taking the emotion of a jury out of the equation can lessen the potential of a large verdict being entered against a business, particularly in a sexual harassment suit.

Additionally, arbitration often limits the amount of information that can be obtained by the parties during the suit—at least, less than what the parties would be able to get in a normal lawsuit. Many employers like this, as limiting discovery tends to favor them and tends to be less intrusive and invasive.

If there is an insurance company involved in defending the claim, the insurance company lawyers may have continuing relationships with the businesses that conduct the arbitration, which may be seen as a potential advantage.

But many have been critical of forced arbitration in sexual harassment claims. Many feel that it is not right for an employee to have to worry about signing away their rights as part of working somewhere, and that employers shouldn’t have to potentially “lessen” the legal effects of harassing someone.

That’s why congress has recently banned the use of forced arbitration in cases that involve sexual harassment. Any clause compelling arbitration for sexual harassment is now considered to be null and void (however, any lawsuits or arbitrations that were filed before the law was enacted, are unaffected by the change in the law).

Limitations of the Restriction

Additionally, the law only applies to harassment. It does not apply to other forms of discrimination—say, racial discrimination, or discriminating against the disabled. These of course still remain patently illegal activities, it’s just that employers can continue to legally use and enforce arbitration agreements. Additionally, arbitration clauses in other business-related legal claims, like nondisclosure agreements, product use agreements, or any other type of lawsuit, remain effective and enforceable.

Employees are free to use or enforce arbitration if they want to. Many employees may still prefer arbitration, for the sake of privacy or expediency (arbitrations normally will reach a conclusion faster than a traditional lawsuit will).

Call the West Palm Beach employment law attorneys at Pike & Lustig for help with your business and employment contracts or agreements.