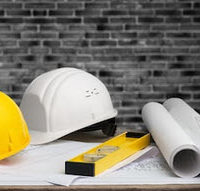 According to reporting from the SunSentinel, construction at the Broward County Courthouse in Fort Lauderdale is once again being stalled because of a contract dispute. The project, which was initially scheduled to be completed more than four years ago, continues to need additional work.

The underlying dispute in this case is related to a large number of “change orders” that the lead contractor received from Broward County. In construction, a change order is essentially a unilateral order from a developer demanding that the contractor make certain changes. As a general rule, change orders must be within the scope of the contract. A well-drafted agreement should define a scope and process for change orders.

In this case, James A. Cummings Inc. contends that it received approximately 20,000 change orders from Broward County. The SunSentinel notes that a substantial amount of changes have already been accepted and completed. However, there is a large, undetermined number of change orders still being demanded by the county.

In its lawsuit, the contractor argues that Broward County has breached the terms of the contract. Among other things, the construction company alleges that the county wants changes made that are outside the scope of the agreement and that the county has not followed the proper procedures for submitting change orders.

The Plaintiff is Seeking Release from the Contract and Monetary Damages

James A. Cummings Inc., which is owned by a parent company called Tutor Perini Building Corp., is seeking release from the commercial agreement and the payment of financial compensation for its trouble. The company alleges that Broward County has fundamentally violated the agreement and, as a contract remedy, they should now be allowed to leave the agreement. Notably, contract rescission and contract modification are possible remedies that are available in Florida.

For its part, Broward County plans to pursue legal claims against both James A. Cummings Inc. and other private companies that were involved in the project’s design. The SunSentinel reports that Broward County officials are blaming contractors for delays, budget overruns, and a litany of other issues. At this time, there is no indication as to how much money the county will seek in settlement.

Get Help From Our South Florida Commercial Litigation Attorneys Right Away

At Pike & Lustig, LLP, our West Palm Beach commercial litigation lawyers have extensive experience handling construction litigation and contract law disputes. If your company is locked in a dispute over a construction project, we are here to help. To get a confidential consultation, please call us now. We have law offices locations in Miami and West Palm Beach and we represent clients throughout the region.