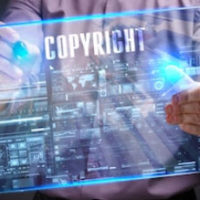 According to reporting from World Intellectual Property Review, a professional photographer has settled a copyright infringement lawsuit with Time Magazine and other digital media publishers.

The dispute, which garnered national headlines, centered around a picture of New England Patriots quarterback Tom Brady, which displayed on many media sites through embedded tweets. Notably, with this settlement, a key copyright law issue will remain unresolved.

In this article, our Miami, FL copyright litigation attorneys provide an overview of this case and explain the key issue that likely still needs to be addressed by the courts.

Understanding the Copyright Dispute and the Settlement

In 2016, photographer Jason Goldman took a photo of Tom Brady talking to Boston Celtics General Manager Danny Ainge. He uploaded the picture to his Snapchat story — which then went viral. The reason: there was rampant speculation that Super Bowl winning quarterback was helping the Boston Celtics recruit free agent basketball star Kevin Durant.

The picture was posted by users all over the internet, including on Twitter. Several major media companies — including Time Magazine — embedded tweets that contained the picture into articles that were written about Tom Brady’s possible role in NBA team’s pursuit of Kevin Durant.

Eventually, Mr. Goldman filed a claim against these companies alleging copyright infringement. In his lawsuit, he argued that the embedded tweets, because they contained the picture, amounted to a violation of his exclusive right to display the photo that he captured. In response, the defendants countered the U.S. copyright case law provides media companies immunity if the violating images are stored on third-party platforms — as occurs with an embedded tweet.

However, in February of 2018, a New York court denied the defendant’s motion to dismiss the copyright infringement claim. The decision by the New York judge surprised many observers, and raised new questions regarding how U.S. copyright treats embedded digital images. As this case has now reached a confidential settlement, the question will not be decided on the merits.

One of the key implications of this settlement is that uncertainty in copyright law remains. Though, according to reporting from Forbes, there are currently several other pending copyright infringement claims that center around the same ‘embed’ issue. It is likely that there will be some additional clarity on this issue in the future — though, it could be awhile. Further, courts in different jurisdictions may even issue some contradictory decisions. For the time being, all media companies should be aware that embedding a copyright protected image could potentially result in legal action for copyright infringement.

Get Help From Our Miami Copyright Litigation Attorneys Today

At Pike & Lustig, LLP, our Miami copyright litigation lawyers are strong, effective advocates for our clients. To set up your fully private initial consultation, please do not hesitate to call our law firm right away. With law offices in Miami and West Palm Beach, we represent copyright litigants throughout Southeastern Florida.