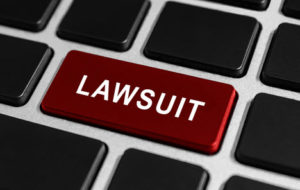 Recently, the Eleventh Circuit Court released a decision in the case of Ray v. Spirit Airlines. Lead plaintiff Bryan Ray, who was representing a group of several different similarly situated consumers, alleged that Spirit Airlines had violated the RICO Act. The Eleventh Circuit disagreed with the plaintiffs and found in favor of the airline. The plaintiffs in this case made a very unique legal argument and the decision clarified a key section of the civil RICO law.

What Did Spirit Airlines Do?

Spirit Airlines is an ultra low cost carrier that is headquartered in Broward County, Florida. They are well known for advertising flights at exceptionally low prices. Of course, they are also well know for subjecting passengers to very creative additional fees. As CNN once reported, Spirit Airlines even considered adding a bathroom user fee to its flights. According to the complaint from Mr. Ray and his co-plaintiffs, Spirit went beyond getting creative with user fees and shifted to unlawfully misleading customers over flight prices. Specifically, the plaintiffs took issue with the company’s semi-hidden passenger fee. On its website, Spirit had been including an $8.99 passenger fee. The fee was not included in advertised price of the flight. Further, it was not even listed on the same page as the flight. Instead, it was listed on a second page that included government taxes and government fees.

The plaintiffs argued that fee was a misrepresentation and that it was in violation of the RICO Act. They contended that Spirit made it look as if this was another government mandated fee instead of an additional cost imposed by the airline. As a result, they argued that it rose to the level of racketeering. The RICO Act forbids engaging in racketeering activity as part of an enterprise. This is where Mr. Ray and his co-plaintiffs ran into an issue. Since the RICO Act requires that ‘an enterprise’ exist, Mr. Ray was forced to argue that Spirit, as a corporate entity, along with its own corporate officers and agents, constituted an enterprise. The Eleventh Circuit Court disagreed. This decision put the Eleventh Circuit into alignment with several other circuit courts that have already ruled on this issue.

What is an Enterprise?

Under those criteria alone, it is possible to see how a corporation and its agents could possibly qualify to be conspiring together as part of an enterprise. However, courts have not interpreted the RICO Act in that way. This case reiterates that fact that corporations and their employees are viewed as one single entity. As the Eleventh Circuit Court explained in the Ray decision, allowing a corporation to conspire with its own employees is the logical equivalent to allowing an individual to associate with himself.

At Pike & Lustig, LLP, we have extensive experience handling civil RICO claims. If you are involved in RICO case, please do not hesitate to contact our office today to learn more about what we can do for you. Initial legal consultations are free of charge. We represent businesses throughout Southeast Florida, including in Palm Beach County, Dade County and Broward County.