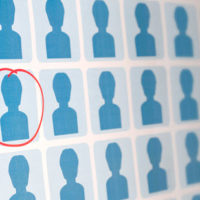 According to the federal agency, BHT Construction refused to hire a qualified female applicant simply on the grounds of her sex/gender.

Below, our Miami employment law attorneys offer an overview of the allegations being raised by the EEOC and we explain the standard for sex/gender discrimination in hiring.

The Allegations: We “Do Not Hire Women”

The EEOC filed its complaint in the U.S. District Court for the Southern District of Florida. According to the federal agency, a female job applicant with more than 20 years of experience operating heavy machinery applied for a job at BHT Construction. The EEOC assesses that this company was actively advertising positions for multiple heavy machinery operation jobs at a worksite in Clewiston, Florida — a relatively modestly sized community in Hendry County.

The complaint notes that the female applicant was denied one of these positions. In denying her for the job, the supervisor at the BHT Construction site in Hendry County is alleged to have flatly informed her that the company does “not hire women” for these positions.

If such conduct is proven to have actually occurred, then the construction company violated Title VII of the Civil Rights Act of 1964. In the press release for the agency, EEOC Miami District Director Michael Farrell released a comment stating that sex discrimination remains a serious problem in Florida’s construction industry.

Gender Discrimination in Hiring and Promotions

Employers that are covered by Title VII of the Civil Rights Act are prohibited from engaging in hiring/promotion practices that are rooted in gender discrimination. If a job applicant is not hired because of her gender, then she may be eligible to file an employment lawsuit to seek damages. Title VII is a gender neutral statute, meaning men also have the right to bring a sex discrimination claim.

In most gender discrimination cases that are related to hiring, the plaintiff (prospective employee) alleges that they were rejected from the position solely because of stereotypes or preconceptions based on the gender/sex. Indeed, many of these claims involve women applying for positions in male-dominant careers, or vice versa.

A comment stating that the company does not “hire women” for a specific construction industry position is a clear violation of Title VII. It indicates blatant gender discrimination. A construction company cannot deny a woman a position simply because of preconceived notions related to gender. Employees should be assessed based on individual qualifications, or lack thereof — not on legally protected characteristics.

Speak to Our Miami, FL Employment Lawyer Right Away

At Pike & Lustig, LLP, our skilled Florida employment attorneys have experience handling sex/gender discrimination matters. We serve both companies and workers. If you need legal guidance, please contact us now for a confidential consultation. With law offices in Miami and West Palm Beach, we represent clients in  employment discrimination cases in communities all around South Florida.

By Michael Pike and Daniel Lustig | Posted on September 6, 2019