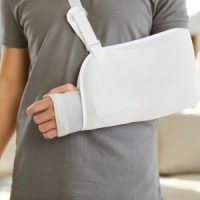 When your case is in court and it’s time to start presenting evidence to the jury, you may think that pretty much anything that helps your case, can be shown to the jury to convince them to find the facts your way. But that’s not quite how it works—there are a lot of things that may seem like great evidence to help your case but which are, in fact, completely inadmissible in court.

A subsequent remedial measure is something that someone does after an accident to fix the problem that caused your accident or injury.

For example, if you fall in a hole on someone’s property, and after your fall they fill in the hole, you may find that to be conclusive evidence of wrongdoing—after all, the fact they are filling the hole in is clearly evidence that having it there in the first place was wrong or dangerous.

Again, it would seem that anybody who offers money to you, is admitting guilt. Why would someone try to settle a case with you, unless they knew or thought they did something wrong in the first place?

But the law doesn’t let this kind of information be used in court. The law wants parties to be free to try to settle, and will not allow any party to tell the jury anything that was said that was related to a settlement offer.

But the evidence code doesn’t allow the jury to hear or know about insurance. A party cannot make mention of the Defendant’s insurance, or tell the jury that the Defendant is even insured at all (even though the jurors may already know that as a matter of common sense).

A jury cannot hear anything bad about a Defendant, unless it directly relates to the case, or the facts at issue in the case. In other words, you can’t show evidence that a Defendant is “a bad person” or “a bad company” to convince a jury that the Defendant must have done something bad to you, at the time of your accident.

The fact that a company may be careless, may have polluted, or been fined by the  government in the past, or have management that is poor, that cannot be used, unless it has to do with the actual evidence.

What evidence can be used? We can help answer your questions about your personal injury trial. Call the West Palm Beach personal injury attorneys at Pike & Lustig today.