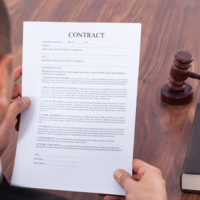 Al Golden is currently the linebackers coach for the NFL’s Detroit Lions. From 2011 to 2015, Mr. Golden served as the head coach for the University of Miami Hurricanes. His tenure ended on a low note — following a 58-0 loss to Clemson in the middle 2015 season, Miami athletic director Blake James dismissed Mr. Golden from the program.

However, Al Golden contends that Miami failed to pay him his full compensation. According to reporting from the Sun Sentinel, Mr. Golden alleges that the University of Miami breached his contract. He is seeking $3 million in financial damages from the program. In October, Mr. Golden filed a breach of contract lawsuit in a Miami, FL federal court.

How to Prevail in a Breach of Contract Claim in Florida

Of course, there are also defenses that are available for individuals or companies that are facing breach of contract claims. Whether you are bringing legal action or are being sued for breach of contract, it is crucial that you seek guidance from an experienced Florida contract litigation attorney.

At Pike & Lustig, LLP, our top-rated Florida commercial law attorneys have deep experience handling breach of contract claims. To learn more about what our legal team can do for you, please reach out to our legal team today. We have offices in West Palm Beach, Miami, and Palm Beach Gardens, and we serve individuals and businesses throughout South Florida.