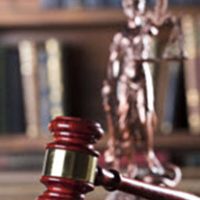 On May 23rd, 2022, the United States Court of Appeals for the Eleventh Circuit upheld the injunction of Florida’s controversial “social media” law.  The law—which would allow individuals to sue social media companies for inconsistent bans—has been deemed likely to violate the First Amendment of the U.S. Constitution. In this article, our West Palm Beach deceptive & unfair trade practices lawyer provides a more detailed overview of the decision from the federal appeals court.

In the spring of 2021, Florida lawmakers passed Senate Bill (SB 7072). As drafted, the law amends the Florida Deceptive and Unfair Trade Practices Act (FDUTPA) to allow for a private right of action to sue social media companies if they feel that they have been unfairly banned or otherwise censored. The law has been controversial. It was not allowed to take effect as an immediate injunction was sought and put into place by a federal court.

Supreme Court Struck Down a Similar Law in Texas

Florida is not the only state that has recently sought to put a new social media law in place. A similar statute was also crafted and signed into law in Texas. Texas House Bill 20 made it illegal for social media companies to inconsistently ban or censor users. The case was recently heard by the Supreme Court of the United States.

On May 31st, 2022, the nation’s highest court issued a 5 to 4 decision blocking a stay posed by a lower court and reimposing an injunction in Texas. In effect, the Supreme Court, at least for the time being, has blocked Texas law on the grounds that it more likely than not violates the First Amendment to the U.S. Constitution.

Based in part on the recent decision from the Supreme Court, the Eleventh Circuit Court of Appeals has ruled that Florida’s social media law is likely to be found in violation of the First Amendment. As such, the injunction that has been and continues to block that law from taking effect must remain in place. While Florida’s law is somewhat less expensive than the Texas law, there are similarities.

The Bottom Line: Florida sought to expand the FDUTPA to make unfair social media bans and social media censorship a cause of action. Thus far, the courts have ruled that doing so constitutes a violation of the First Amendment of the United States Constitution.

At Pike & Lustig, LLP, our West Palm Beach FDUTPA lawyers are skilled, effective advocates for our clients. With experience representing plaintiffs and defendants in deceptive and unfair trade practices cases, we have a well-rounded understanding of the law. Give us a call today to arrange your confidential case review. From our offices in West Palm Beach, Wellington, and Miami, we provide commercial dispute services throughout the entire surrounding area.