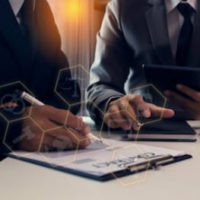 According to reporting from the Miami Herald, Google — the owner of the popular video sharing service ‘YouTube’ — will pay a record high $170 million fine to resolve allegations raised by the Federal Trade Commission (FTC).

Recently, the FTC took action, accusing the company of violating the Children’s Online Privacy Protection Act (COPPA). By a three to two vote, the settlement with Youtube has been approved. Here, our Miami business litigation lawyers explain the allegations raised against YouTube and we provide an overview of the marketing regulations contained within COPPA.

While the specific allegations against YouTube are complex, the overriding charge is relatively straightforward: The Federal Trade Commission contends that YouTube unlawfully harvested personal information and data of children under the age of 13 and then used that information to display targeted advertisements. When done without obtaining express parental permission, this is a violation of federal law.

As an example, the FTC notes in the settlement agreement that YouTube’s marketing sales team went to major companies — including Mattel and Hasbro — and promoted themselves as the “leader” in reaching children under the age of 12. The company then sold marketing services based on the representation, which the FTC believes was true, that they had collected sophisticated data on the viewing actual habits of young children.

Passed into law in 1998, the Children’s Online Privacy Protection Act (COPPA) contains rules that regulate the data collection and marketing practices of “child-directed sites”. Essentially, any web content that is aimed at children under the age of 13 is potentially affected by this law. YouTube initially claimed that it was not regulated by COPPA because most of the videos on the site are for adults. However, regulators disagree with that assessment.

To be clear, COPPA does not bar websites from collecting information on children under the age of 13. Instead, it requires companies to get express permission from the children’s parents. Without the required parental permission, companies should refrain from:

Beyond paying the fine, YouTube also stated that it will no longer offer targeted advertisements on any content deemed to be child-focused. The company stated that it is updating its practice to comply with COPPA and to clearly identify all videos that may be targeted or directed at child viewers.

Discuss Your Case With a Business Law Attorney in Miami, FL

At Pike & Lustig, LLP, our Florida business lawyers represent companies facing regulatory issues, including civil actions involving the Federal Trade Commission and the Florida Attorney General. To arrange a confidential review of your case, contact us today. In addition to our office in Miami, we also have locations in West Palm Beach and Palm Beach Gardens.

By Michael Pike and Daniel Lustig | Posted on September 10, 2019