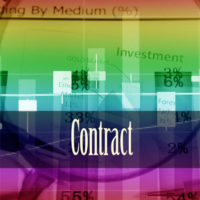 On June 12th, 2019, the Fourth District Court of Appeals of the State of Florida issued a decision in the case of Douglas Anthony Perera vs. Diolife LLC. Reversing a lower court, the court reinstated the plaintiff’s breach of contract claim and agreed to award financial damages. This decision is instructive as it demonstrates the power of contract provisions. Here, our West Palm Beach commercial litigation attorneys provide an overview of the ruling in this case.

Douglas Perera entered into a contractual agreement with Diolife LLC. Under the terms of the agreement, Mr. Perera sold a 5 percent stake in another company for $200,000. In addition, the initial contract also gave Mr. Perera the option to sell an additional 5 percent stake in the same company to Diolife LLC for an additional $200,000. Notably, the purchase contract explicitly stated that the agreement could not be modified orally or by the parties’ actions, but only in writing.

Through a series of phone calls, emails, and text messages, a negotiation subsequently occurred around altering the terms of the additional contract option clause. The proposal was to change the terms from $200,000 for 5 percent to $200,000 for 2.5 percent. Diolife LLC declined to accept that modification. Eventually, Mr. Perera invoked his right to sell a second 5 percent stake for $200,000. Diolife declined — countering that aspect of the contract had been modified and was no longer valid.

The overriding question at stake in this case: Did the post-contract negotiations through phone calls, emails, and text messages effectively cancel the part of the contract that granted Mr. Perera the option to sell an additional five percent stake to Diolife LLC? A lower court ruled in favor Diolife LLC, finding both that the contract had been modified and that, regardless, Mr. Perera did not suffer compensable damages.

Upon review of the case, Florida’s Fourth District Court of Appeal reversed the decision on two separate grounds. First and foremost, the appeals court found that the provision barring oral modification must be enforced. The appeals court explicitly notes that commercial agreements in Florida can be modified orally. However, that is not true if there is a written contract provision barring oral modification. As such, the original contract was still valid. This ruling shows the power  of contract provisions. In addition to that finding, the appeals court also determined that Mr. Perera did suffer compensable damages as a result of the contract breach.

At Pike & Lustig, LLP, our West Palm Beach commercial litigation attorneys have extensive experience handling contract litigation cases. If you or your firm is currently involved in a breach of contract dispute, we are here to help. For a confidential consultation, please contact us today. We also have an office in Miami and a meeting location in Palm Beach Gardens.