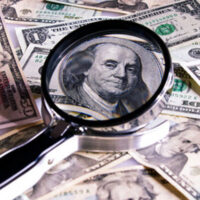 On December 4th, 2019, Florida’s Second District Court of Appeal overturned a lower court’s decision in a long-running mortgage foreclosure dispute. In the case of Tony Robinson and Debra Robinson vs Nationstar Mortgage, LLC, the appeals court ruled that the lender did not actually have the right to foreclose on the property. The ruling serves as a reminder that Florida remains one of the top states for both mortgage fraud and lender errors.

The appellants in this case, the Robinsons, initially took out a mortgage back in 2006. Similar to many other mortgage loans taken out by Florida residents in the mid-2000s, it soon transferred between many different lenders.

In June 2015, the trial court ruled in favor of Nationstar Mortgage LLC—determining that they had the authority to foreclose on the property. In this trial, the Robinsons raised the same affirmative defense that they had been arguing throughout this case—that Aurora lacked the standing to foreclose on the property, and thus that Nationstar, as the substitute plaintiff, also lacked legal standing to do so. The Robinsons appealed the adverse decision.

After reviewing the facts and complex procedural history of this case, Florida’s Second District Court of Appeals determined that the Robinsons’ initial affirmative defense—that the mortgage lender lacked standing to bring a foreclosure action—was valid.

Lack of standing is one of the most common legal defenses raised in mortgage foreclosure cases. In this context, standing essentially means the right to foreclose. It is not enough to prove that the borrower is delinquent or that a loan is in default—a plaintiff in a foreclosure proceeding has a duty to provide documentation that proves that they are the party that has the right to bring legal action.

Documentation is key in mortgage foreclosure proceedings. In Florida, mortgage lenders are generally required to produce the original note. Without the proper paperwork, a lender does not have the right to foreclose. Further, there are strict deadlines to demonstrate standing. Failure to comply with these deadlines may result in a foreclosure action being dismissed.

Get Help From a Florida Mortgage Fraud Lawyer Today

At Pike & Lustig, LLP, our West Palm Beach business & consumer fraud attorneys have extensive experience advocating for the rights and interests of our clients. We have a comprehensive understanding of Florida’s foreclosure rules and procedures. If you have any questions about mortgage fraud, professional guidance is available. Contact our Miami office or West Palm Beach office for a strictly confidential consultation.