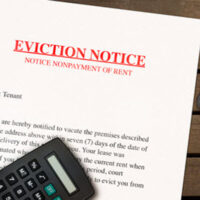 On December 18th, 2019, the Fourth District Court of Appeals for the State of Florida ruled in favor of a commercial landlord in a complex eviction case. The landlord in question, which faced a claim of wrongful eviction, was seeking to recover damages through a third party guarantor. In Gulfstream Park Racing Association v. M1-V1 Inc, the court determined that both the tenant and its guarantor were legally liable for $200,000 in damages. Here, our West Palm Beach landlord-tenant litigation attorneys explain the decision from the Florida appeals court.

At Pike & Lustig, LLP, we have extensive experience representing commercial landlords across a wide range of legal matters. If you or your company needs assistance with the eviction of a commercial tenant, our team can help. To arrange a confidential initial consultation, please call us at our West Palm Beach law office today. We also have office locations in Miami and Palm Beach Gardens for your convenience.