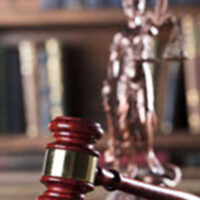 You must have a license to practice law in Florida—but what constitutes the “practice of law” is not always clear. Modern technology has created some additional confusion. According to reporting from Bloomberg Law, the Florida Supreme Court will soon decide if a commercial “ticket app” was improperly practicing law without a license in Florida.

The company, TIKD, marketed its services as simplifying the traffic ticket dispute process. Operating in many communities in the United States, TIKD was aggressive in the Miami market. However, the Florida Bar Association argues that the app overstepped its bound. In this article, our Florida bar complaint defense attorneys provide an explanation of the case.

Florida Supreme Court: Did TIKD Practice Law Without a License?

TIKD is an app designed to help motorists fight traffic tickets. Essentially, a driver would submit a photo of their traffic ticket on the app and they would be connected with a Florida attorney who could assist them with the case. TIKD did not actually represent them in any legal proceedings. However, there have been serious questions raised about how exactly TIKD was advertising its services.

This case has been making its way through Florida’s grievance process since 2018. Last year, a referee released a report in favor of TIKD—recommending that the Florida Bar’s complaint be dismissed by the court. While the referee agreed that TIKD does not have authority to practice law in Florida, he determined that the company’s conduct would not be viewed as “practicing law” by an ordinary consumer. The Florida Bar Association sharply disagreed with the report and filed an appeal, which is now before the Supreme Court.

On March 4th, 2020, the Florida Supreme Court heard oral arguments from both parties. It is now tasked with determining whether or not TIKD improperly practiced law without a license. As this is a relatively novel issue, it is not entirely clear which way the court will rule. Our top-rated Florida bar complaint defense lawyers will keep a close eye on the decision—one is expected later this year.

At Pike & Lustig, LLP, our West Palm Beach bar complaints & grievances lawyers are skilled, experienced advocates for lawyers. If you are facing a bar complaint, you need an expert in your corner. Contact us today for a confidential initial consultation. We represent legal professionals in West Palm Beach, Miami, and Palm Beach Gardens and throughout the entire region.

By Michael Pike and Daniel Lustig | Posted on March 27, 2020
Skip footer and go back to main navigation