Florida Franchise Law: What is an ‘Inadvertent Franchise’? 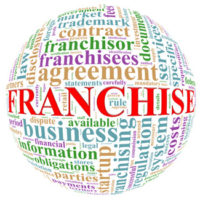 Before entering into a franchise arrangement, it is crucial that both franchisors and franchisees have a clear understanding of their rights and responsibilities. These companies should operate under a carefully drafted franchise agreement that has been reviewed by an experienced attorney.

However, unbeknownst to many people, Florida law makes it possible for a franchisor-franchisee relationship to be created even if it was not actually intended by either party. This is typically referred to as an ‘inadvertent franchise’. In this article, our top-rated Miami franchise law attorneys provide an overview of the when a franchise relationship can be ‘inadvertently’ created under the Florida Franchise Act.

Avoiding an Accidental Franchise in Florida

There are a number of reasons why a company may wish to avoid entering into a franchise relationship. If your company wants to avoid a franchise designation, it is imperative that you make sure that you have the proper business structure in place. Licensure agreements and distribution agreements must be carefully crafted and executed in order to help companies ensure that they can avoid entering an inadvertent franchise relationship.

In most cases, accidental franchises arise in Florida because the parties fail to understand and consider the state’s requirements in creating licensing and distribution agreements. The last thing any company wants to deal with is facing unanticipated liability as a result of an accidental franchise. If you have any questions or concerns about Florida franchise law and your company, you should consult with an experienced Miami franchise lawyer right away.

At Pike & Lustig, LLP, our Florida franchise law lawyers have experience representing both franchisors and franchisees. If you have questions or concerns about whether an inadvertent franchise relationship was created, we are here to help. To arrange a strictly confidential review of your situation, please contact us now. We have offices in Miami, West Palm Beach, and Palm Beach Gardens.