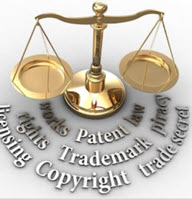 According to reporting from CNBC, Florida lawmakers are preparing a bill that will allow college athletes to profit off of their likeness and accept endorsement contracts. Among other things, the reformed law is expected to let amateur athletes sign endorsement agreements, obtain trademark rights, and use their image to make a profit. Notably, California passed a similar bill earlier this year and the National Collegiate Athletic Association (NCAA) is now taking action to push its own reforms.

In late September of 2019, California Governor Gavin Newsom signed a law that would make it legal for California amateur athletes to profit off of their image beginning in 2023. The first-of-its-kind law was an especially important reform because California is the state with the most amateur athletes. Two of the other top four states for college sports—Florida and New York—are now both moving similar bills through the legislative process.

Though it is still being drafted, lawmakers on both sides of the political aisle have voiced strong support for the reforms and they have stated that the bill is expected to be similar to California’s “Fair Pay to Pay” law. In a public statement, Florida Governor Ron Desantis also has stated that he plans to support the bill should it make it to his desk.

The NCAA Will Allow College Athletes to Profit From Their Likeness

Initially, the NCAA was very resistant to California’s law. In fact, representatives for the organization had stated that amateur athletes and programs in California would potentially lose their eligibility if money was accepted. However, the NCAA has quickly changed its tune. On October 29th, the nation’s largest amateur sports governing body took a huge step towards allowing college athletes to profit off of their image in accordance with California law—and the other laws that are expected to pass states all around the country.

In its annual meeting at Emory University, the NCAA Board of Governors voted to require each of its divisions to craft rules and regulations that address new state laws and to allow athletes to profit off of their likeness. The rules are supposed to be released by January of 2021. To be sure, it is still unclear exactly how these new policies will work in practice. Though, the NCAA took a substantial step towards backing off of its long-standing opposition to college athletes being paid in any manner.

At Pike & Lustig, LLP, our experienced Miami trademark litigation attorneys have extensive experience representing individuals and businesses across the full range of intellectual property matters. To get help with a trademark case, copyright issue, or any related matter, please call us now. We will protect your rights and interests. With office locations in Miami and West Palm Beach, we serve clients in Miami-Dade County, Palm Beach County, and the surrounding area.