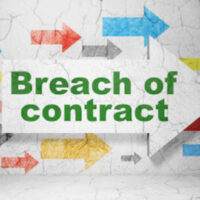 The named plaintiffs in the case are donors and students of FSU. They filed a class action claim on behalf of similarly situated plaintiffs throughout Florida. According to their complaint, the State of Florida has unlawfully violated its statutory and contractual obligations by failing to match private donations to the state’s university system.

To support the lawsuit, they cite four different statutes in the Florida code that call for the matching of donations. From there, they argue that the state breached a contract with donors that have given financial gifts to the state’s public university system. Indeed, the plaintiffs contend that the state induced contributions with promises of increasing the impact through public matching, but has failed to live up to the representations it made to donors. This is a massive case, as the plaintiffs contend that nearly $385 million in donations have been made, but not matched, under Florida state law.

The state’s sovereign immunity, or lack thereof, against the plaintiffs breach of contract claim will be a critically important issue in this complex case. Indeed, the state of Florida raised the sovereign immunity defense at the trial stage—where it was rejected by Leon County Circuit Judge Charles.

While the plaintiffs were initially successful, the First District Court of Appeals for the State of Florida overturned much of the Leon County Circuit decision. It will be up to the Florida Supreme Court to determine whether or not sovereign immunity and/or separation of powers prevents the plaintiffs from bringing a legal claim at all. If the plaintiffs have the right to take legal action against the State of Florida, it will still need to be determined whether or not the actions of the legislature and other state agencies actually constitute a breach of contract.

At Pike & Lustig, LLP, our Miami commercial litigation attorneys have deep experience handling breach of contract claims. If your company is facing a breach of contract lawsuit or if you are considering taking legal action, we are here to help. Call us now for a confidential initial consultation. We represent companies in Miami, West Palm Beach, and in communities all around the southeastern part of the state.