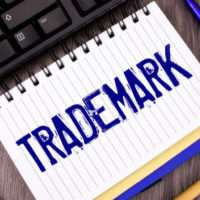 According to reporting from the Miami Herald, actor Alfonso Ribeiro — formerly a star on the hit sitcom ‘Fresh Prince of Bel Air’ — has filed lawsuits against the creators of two popular video games: Fortnite and NBA 2K. In his legal claim,  Mr. Ribeiro contends that the companies that made these games are improperly using his likeness without seeking permission or offering him just compensation.

The central issue in this case relates to the ‘Carlton Dance’. If you have seen the television show, you are likely already familiar with the dance in question. From 1990 to 1996, Alfonso Ribeiro played the character Carlton Banks on the Fresh Prince of Bel Air. His character became linked to a specific dance that he performed on the show. To this day, the dance retains significant pop culture relevance; so much so that it was included in Fortnite and NBA 2K — two popular games that were released in 2017.

The Claim: Ribeiro Owns the Rights to the Dance

In his lawsuit, Mr. Ribeiro claims that he owns the intellectual property rights to the ‘Carlton Dance’. He is asking a judge to stop both games from using the dance. According to Mr. Ribeiro, the dance in question is widely associated with his personal likeness. As such, the dance is his intellectual property and he believes that the makers of both games must compensate him for profiting off his likeness or must refrain from using the dance.

There is Precedent for this Type of Claim

For those unfamiliar with trademark law or copyright law, this case may seem a bit odd. Can a celebrity really own the rights to a type of dance? The answer is actually ‘yes’. There is legal precedent for this type of claim.

The most famous case originated out of California in the early 1990s. At that time Vanna White — of Wheel of Fortune fame — brought a lawsuit against Samsung Electronics in which she alleged that the company was improperly using her likeness in its advertising. In commercials for its VCRs, Samsung used a robot that made very similar movements to the movement that Ms. White makes while revealing letters on the Wheel of Fortune.

While her case was initially dismissed, a federal appeals court eventually overturned the decision — awarding Ms. White more than $400,000 in damages. As the court noted, she had a right of publicity. Mr. Ribeiro is pursuing a fundamentally similar legal claim. Whether or not he will prevail remains to be seen.

At Pike & Lustig, LLP, we have extensive experience handling the full range of trademark law and copyright law claims. No matter the specific nature of your case, our legal team is here to help. With law offices in West Palm Beach, Miami, and Palm Beach Gardens, we represent clients throughout South Florida, including in Homestead, Boca Raton, Hialeah, Fort Lauderdale, and Miami Beach.