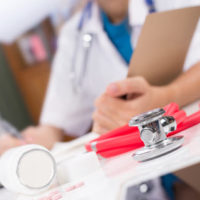 According to reporting from the Associated Press, four Florida men, six Florida companies, and one Houston, Texas-based firm have been named in an indictment alleging that they collectively carried out a nearly $1 billion healthcare fraud scheme. In a press release, the United States Department of Justice (DOJ) states that tens of thousands of patients and several dozen doctors were deceived as part of a complex telemedicine fraud scheme. The DOJ alleges that several different private payers were bilked out of hundreds of millions.

The four Florida men indicted by the Department of Justice (Andrew Assad, Peter Bolos, Michael Palso, and Larry Everett Smith) are all engaged in the pharmaceutical industry. The DOJ alleges that these men improperly billed health insurers across the country for more than $930,000,000.

In its 32-count indictment, the DOJ alleges that the fraud in this case occurred between 2015 and 2018. During that time, these four individuals — using at least seven different companies — solicited insurance information from patients all across the United States. They used this information to get unwitting physicians to approve prescriptions for pain creams and other similar products that were wholly inappropriate. They then billed private payers, such as Blue Cross Blue Shield of Tennessee, at heavily marked up prices.

How to Respond to Fraud: Be Ready to Take Action

Financial fraud comes in a wide range of different forms. From complex multi-million dollar schemes that use a web of shell companies to target large companies to text message scams that are trying to steal a couple of hundred dollars from elderly and vulnerable people, anyone can become the victim of fraud.

As this case shows, even major firms like Blue Cross Blue Shield of Tennessee, which put a ton of resources into protecting their bottom line, can be victimized for years before the fraud is uncovered. If you become a victim of fraud, you need to be ready to take action. As soon as you suspect fraud, you should take the following steps:

At Pike & Lustig, LLP, our Florida business and consumer fraud lawyers have extensive experience helping victims recover financial compensation for their losses. If you were the victim of fraud, please do not hesitate to contact our law firm to learn more about your legal rights and your legal options. With offices in West Palm Beach, Wellington and Miami, we serve communities all over South Florida.