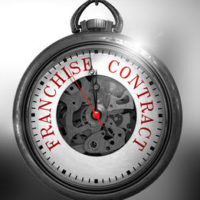 On January 10th, 2018, the Miami New Times reported that U.S. Immigration and Customs Enforcement (ICE) agents raided five 7-Eleven franchise locations in South Florida. These South Florida immigration raids were a part of nationwide step up in enforcement against employers. Beyond the myriad of other legal issues that are at stake, these raids implicate franchise law.

Following the immigration enforcement action, 7-Eleven corporate headquarters released a statement affirming its position that its individual franchise locations are “independent business” and that the individual franchisees are “solely responsible for hiring decisions”. The company also announced that it intends to terminate its franchise agreements with any stores convicted of violating U.S. immigration law.

This case once again raises an important question regarding who ultimately bears liability for legal violations: the franchisor, the franchisee, or both. Here, our Miami franchise law attorneys highlight three things that you need to know about franchise law and legal liability.

Both franchisors and franchisees can benefit from a well-drafted franchise agreement. This agreement will provide the fundamental basis for the overall business relationship. As such, both sides have a strong interest in making sure that the agreement is clear and that it creates an arrangement that is fair to their individual interests. Beyond dealing with the internal issues between the two parties, the franchise agreement can also be reviewed by a state or federal court, should a potential liability issue arise.

In assessing franchisor liability, courts will always look to see the extent to which the franchisor exercised control over terms and conditions of their relationship with the franchisee. The more control that was exercised, the more likely it is that the franchisor can be held jointly liable for a legal claim against the franchisee. With this in mind, it is critically important that both franchisors and franchisees carefully consider their policies and actions.

At Pike & Lustig, LLP, our Florida franchise law attorneys have considerable experience representing both franchisors and franchisees. To request a free, no obligation review of your case, please contact our law firm today. We have offices in West Palm Beach, Wellington and Miami, and we represent franchise law clients throughout the state of Florida.