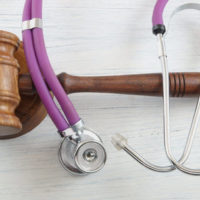 On February 6th, 2019, the United States Attorney’s Office for the Northern District of Georgia announced a settlement in a Stark Law and False Claims Act case that was brought against a Blairsville, GA medical center.

Union General Hospital, located two hours north of Atlanta, agreed to pay $5 million to resolve allegations that the company operated under improper referral relationships with doctors and other medical professionals. In this post, our top-rated Miami physician practice management lawyers provide an overview of the settlement reached between the hospital and the U.S. Attorney’s Office and explain the importance of complying with the Stark Law.

Under federal law (the Stark Law), healthcare providers are legally prohibited from billing Medicare and other federal government programs for services referred by physicians with whom they have a financial relationship, except when the healthcare provider meets certain predefined conditions. According to federal prosecutors. Union General Hospital had improper financial relationships with its referring doctors. The alleged misconduct in this case occurred from 2012 to 2016. Notably, the investigation into the financial relationships that the hospital had with physicians was initiated after its former Chief Executive Officer (CEO) and two of its former doctors were arrested on federal drug charges. In 2016, federal officials determined that these three individuals were unlawfully prescribing thousands of doses of pain medications. In many cases, these pain medications were billed to the federal government.

Essentially, the Stark Law is in place to prevent self-referrals and other similar financially motivated medical decision-making. Patients deserve to receive the highest available quality of care; medical decisions should be based on what is truly best for the patient, not what is best for the business. A Stark Law violation can land a medical practice in very serious trouble. For violating the Stark Law, a medical provider could be:

It should be clear that these sanctions could destroy a medical practice. It is crucial that all physicians have the proper structure in place to ensure that they are in full compliance with all relevant state and federal rules and regulations. Careful structuring of a medical practice’s business is especially important for medical professionals and healthcare providers that are operating within one of the Stark Law’s relatively narrow exceptions.

Get Help From Our Florida Stark Law Attorneys Today

At Pike & Lustig, LLP, our physician practice management and litigation lawyers have extensive experience handling the full range of Stark law matters. To find out more about what our legal team can do for you and your company, please do not hesitate to contact us to setup your strictly confidential initial consultation. We have a law office in West Palm and another law office in Miami, and our lawyers represent clients all around South Florida.