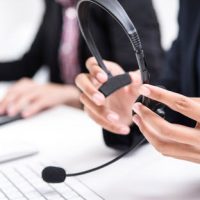 On August 16th, 2022, the United States Attorneys’ Office for the Southern District of New York announced that Steven Short—the former head of a Florida-based telemarketing operation called E.M. Systems & Services, LLC—has pleaded guilty as part of a $19 million credit card fraud scheme. The fraud was linked to a scheme to promote fraudulent “debt reduction services” to consumers. Here, our West Palm Beach deceptive and unfair trade practices lawyer provides an overview of the DOJ’s enforcement action and explains your rights if you are defrauded by a telemarketer.

Steven Short was the head of a telemarketing operation that cold called consumers. Through the company E.M. Systems & Services, LLC, Mr. Short’s team makes lofty promises to people struggling with a high debt burden. In exchange for a nearly $1,500 payment, E.M. Systems & Services, LLC promised consumers that it could solve or even effectively wipe out their remaining debt.

In total, the telemarketing company took in approximately $19 million from consumers in Florida and throughout the United States. In reality, E.M. Systems & Services, LLC could not come close to delivering on its promises. Notably, the company took credit card payments for consumers. Federal law strictly prohibits charging credit cards for these types of “debt reduction” services.

The former head of E.M. Systems & Services, LLC Steven Short has now pleaded guilty to a single count of conspiracy to commit wire fraud and bank fraud in relation to the telemarketing scheme. Mr. Short is currently scheduled to be criminally sentenced for his role in the multi-million fraud operation later in 2022.

Sustained Losses Due to Telemarketing Fraud? You Have Rights Under the FDUTPA

Consumer fraud remains a serious problem. It costs consumers in South Florida tens of millions of dollars each year. Aggressive and unscrupulous telemarketing firms may target vulnerable consumers for fraud. Unfortunately, it can sometimes take time before state or federal authorities react to stop the fraud. In this case, E.M. Systems & Services, LLC went on for several years.

In Florida, consumers can file a civil lawsuit directly against a telemarketing company under the state’s deceptive and unfair trade practices law. The FDUTPA is a state law that allows private individuals and private businesses to file a lawsuit to recover damages for losses that occurred because a business used deceptive or otherwise unjust trade practices.

Consult With Our Southeast Florida FDUTPA Attorney for Guidance and Support

At Pike & Lustig, LLP, we have the skills and experience to represent consumers and businesses in FDUTPA claims. If you or you sustained losses due to deceptive other otherwise unfair commercial practices by a telemarketer or telemarketing company, we can help you get justice. Call us now to set up your confidential case review. With a main legal office in West Palm Beach and satellite offices in Miami and Wellington, we handle FDUTPA claims throughout Southeastern Florida.

By Michael Pike and Daniel Lustig | Posted on September 9, 2022