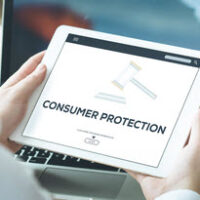 According to reporting from the Sun-Sentinel, thousands of investors who lost a substantial amount of money in a securities fraud scheme are set to recover nearly $100 million in bankruptcy proceedings. A company that went bankrupt after facing a serious fraud investigation from state and federal regulators has had its liquidation plan approved by a Florida bankruptcy court. Here, our West Palm Beach, FL fraud attorneys provide a brief overview of the scheme and explain what investors need to know about getting access to financial compensation.

In the summer of 2018, Securities and Exchange Commission (SEC) and the United States Department of Justice (DOJ) launched a collaborative investment fraud investigation into 1 Global Capital — a South Florida-based cash advance and payday lending company. In total, this company allegedly raised $332 million from thousands of investors all across the country. However, the SEC determined that the funds were raised in an illegitimate manner. Systematic material misrepresentations were made to actual and prospective investors. Among other things, these agencies discovered that the company was in violation of federal securities laws. Specifically, securities were being offered and sold by unregistered brokers. Eventually, 1 Global Capital blew up.

At a September 17th court hearing in Fort Lauderdale, Florida, a U.S. bankruptcy judge gave initial approval to a liquidation plan that will return a significant amount of money to investors who were harmed by the fraud. In total, the plan calls for the return of approximately $100 million to affected investors. Despite raising more than $330 million from investors, the company developed a massive cash shortfall — which led to a bankruptcy filing. Through this settlement, eligible investors will be able to recover some much needed financial compensation.

Other Defendants May Still Bear Liability for Fraud Losses

Of course, as 1 Global Capital filed for bankruptcy, the company was not financially solvent. As a consequence, the settlement may not be sufficient to allow investors to recover full financial compensation for their damages. Notably, criminal charges have been filed against defendants in this case, including against a Florida-based attorney.

If you lost money in 1 Global Capital and regulatory settlements are insufficient to cover the full extent of your damages, you may have other legal options. Victims of fraud can hold negligent parties liable. If you were offered 1 Global Capital by a financial advisor or brokerage firm, financial relief may be available through a securities fraud claim.

Get Help From Our Florida Fraud Lawyers Right Away

At Pike & Lustig, LLP, our West Palm Beach business and consumer fraud attorneys are strong, aggressive advocates for clients. If you suffered large losses because of fraud, we can help you take action to recover any available financial compensation. With offices in West Palm Beach, Wellington and Miami, we represent individuals and businesses in fraud claims throughout South Florida.

By Michael Pike and Daniel Lustig | Posted on September 27, 2019