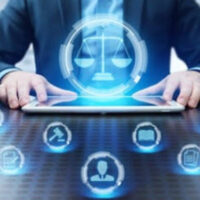 According to reporting from The Real Deal, a jury has awarded a California real estate investor named Arturo Rubenstein $3.5 million in financial compensation for damages that he suffered in a shareholder dispute.

The award came after the jury determined that his shareholder rights were violated when he was improperly “muscled out” of a multimillion dollar commercial real estate transaction that involved a Broward County hotel property.

The Dispute: Sale of the Seabonay Beach Resort in Pompano Beach, Florida

The dispute in this case centers around the sale of Pompano Beach’s Seabonay Beach Resort. In 2017, that large hotel property was sold by a company called Oceanside LLC to another company named BH3. According to the shareholder lawsuit filed by Arturo Rubenstein, he was initially brought into this project in 2012 — when Oceanside LLC still owned the hotel property. His claim was solely against Oceanside LLC.

The Verdict: Shareholder was Improperly “Muscled Out”

Mr. Rubenstein filed a lawsuit alleges that the sale between Oceanside LLC and BH3 was improper and should be rescinded. The case was heard by the United States District for the Southern District of Florida. Upon reviewing the evidence, the court denied part of Mr. Rubenstein claims, but also granted another part of it — including awarding him financial damages.

The court determined that the owners of Oceanside LLC did attempt to take advantage of Mr. Rubenstein and his company. While the jury determined that recission of the transaction between Oceanside LLC and BH3 — a company that was not in any way involved in the shareholder dispute at issue in this case — was inappropriate, it did grant Mr. Rubenstein significant compensation.

By Michael Pike and Daniel Lustig | Posted on September 18, 2019