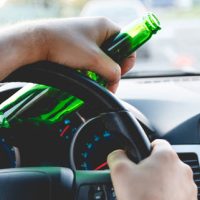 In a recent review of National Highway Traffic Safety Administration (NHTSA) data, nearly 25,000 people were killed, and close to 5,000 were seriously injured in collisions between Thanksgiving and New Year’s Day.

The Tie One On for Safety® campaign urges everyone to designate a sober driver, to hand over their keys and it reminds us that it’s more important to get home late and alive, than to risk driving drunk or even buzzed. “Keep your holiday celebrations enjoyable by preventing tragedy,” the campaign states. “When you designate, you are more likely to get home safely to the ones you love. Every year, hundreds of families receive a knock at the door informing them a loved one was taken from them due to a senseless decision made under the influence of alcohol. The decision is 100 percent preventable.”

From November 1 through January 1, the campaign asks that drivers visibly display a MADD ribbon on their vehicles to remind everyone to always designate a non-drinking driver. They offer the following tips:

Make it a habit when celebrating.