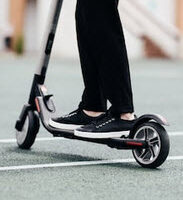 On November 13th, 2019, the First District Court of Appeal for the State of Florida upheld Panama City Beach’s impending ban on motorized scooters. In the case of Classy Cycles, Inc. vs Panama City Beach, the appeals court determined that the local government did indeed possess the legal authority to restrict the rental of electric scooters as part of its overall power to regulate traffic. Here, our West Palm Beach business litigation lawyers provide an overview of the decision by the appeals court.

The lawsuit in this case was filed by a company called ‘Classy Cycles’. Currently, Classy Cycles, along with multiple other companies, rents out motorized scooters in Panama City Beach. The legal claim was a reaction to a 2017 ordinance released by the Panama City Beach Council. Under the ordinance, all motorized rentals would be banned in the jurisdiction beginning in September of 2020.

Preemption has been a long standing issue in commercial lawsuits in Florida. Indeed, Miami Beach had its proposed minimum wage law blocked on the grounds of preemption. Florida state law puts considerable restrictions on the extent to which a local government can regulate business operations.

Traffic control is considered to be a legitimate local government purpose in Florida. In this case, the Panama City Beach Council justified its ban on the basis that rented motorized scooters were creating considerable traffic problems within the community. As the City Council acted within its regulatory authority under Florida state law, the preemption claim brought by the motorized scooter rental company was dismissed.

At Pike & Lustig, LLP, our experienced Florida business lawyers have the skills, experience, and training needed to represent companies involved in litigation with the government or a government agency. If you have any questions about the legality of a local ordinance or local government action, we can help. To get more information on what we can do for you, contact our West Palm Beach office or Miami office to arrange a confidential initial consultation

By Michael Pike and Daniel Lustig | Posted on December 9, 2019