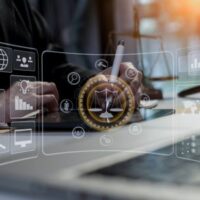 Recently released analysis conducted by Pinnacle Actuarial Resources indicated that auto insurance premiums will increase by an average of $202 for Florida drivers — and much more for those buying the minimum coverage — if Gov. DeSantis signs Senate Bill 54, a bill that would repeal the no-fault insurance system that has been in place in for decades in Florida. Commissioned by the Florida Office of Insurance Regulation, the analysis was conducted before Florida Legislature voted to repeal the no-fault insurance law in April, but not released until after the Florida House passed the bill 99-11 and the Senate passed it 38-1.

Florida’s current no fault law requires drivers to carry personal injury protection coverage of $10,000 for their own medical, disability and funeral expenses, regardless of whether the other driver has insurance. If passed, the new law would instead require that drivers carry bodily injury liability coverage with limits starting at $25,000 per person. It would require motorists to buy a $5,000 death benefit and provide an option to buy at least $5,000 in personal injury coverage.

The 185-page analysis produced by Roosevelt Mosley, Jr., a PAR principal, and addressed to OIR Budget Director Richard Fox breaks the costs down like this:

Pinnacle’s analysis found that, because of the amount of PIP losses that would be eligible for non-economic, or “pain and suffering,” claims under a so-called at-fault system, claims for bodily injury coverage would drive up costs by 45%.

By Michael Pike and Daniel Lustig | Posted on June 29, 2021
Skip footer and go back to main navigation