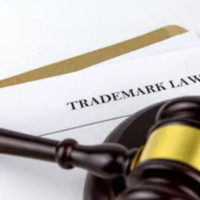 If you have ever owned a pair of New Balance sneakers, you are probably familiar with the fact that these shoes typically have a large and blocky capital letter ‘N’ on the side of them. Earlier this week, New Balance filed a trademark infringement claim against another apparel company seeking to protect that distinguishing mark.

According to reporting from Bloomberg Law, New Balance alleges that an American apparel brand called ‘Nautica’ is improperly using a block capital letter ‘N’ on some of its footwear products. In its legal complaint, New Balance contends that some of Nautica’s latest products contain a mark substantially similar to the design that New Balance is known for using.

Though most consumers who are familiar with athletic footwear associate the block letter ‘N’ with the brand New Balance, it is important to recognize that New Balance uses a particular, highly stylized version of the letter. In other words, New Balance does not own and control the right to use the letter ‘N’ on its shoes. Instead, the company has trademark rights over a specific stylized representation of the letter.

For its part, New Balance is seeking all of the remedies that you will typically see in a fashion-based trademark infringement claim. Specifically, New Balance requests the following forms of relief in its legal complaint:

Put another way, New Balance is seeking both financial damages and injunctive relief. It should be noted that Nautica denies any wrongdoing in this case. The company contends that its products and its use of the letter ‘N’ are not confusingly similar to the stylized version of the block letter ‘N’ that is frequently associated with New Balance.

At Pike & Lustig, LLP, our dedicated West Palm Beach trademark litigation lawyers provide exceptional legal representation to individuals and companies throughout Southeast Florida. If you need trademark law guidance, please reach out to our legal team today. Beyond our office in West Palm Beach, we also have an office in Miami. We look forward to assisting you.

By Michael Pike and Daniel Lustig | Posted on September 3, 2019