New Florida’s Employment Laws in 2020 That Will Impact Employers 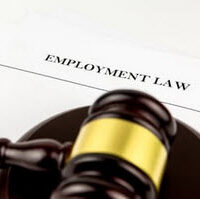 Florida lawmakers are considering several bills that would have an impact on employers in 2020. These bills relate to such issues as medical marijuana protection, parental leave, race discrimination, as well as discrimination based on sexual orientation and gender identity.

If passed, new bills would take effect on July 1, 2020, though the medical marijuana bill would become effective immediately. Employers in Florida must pay attention to the new bills to ensure that their businesses are prepared for the changes and comply with new employment laws. Otherwise, they may risk potential business litigation or lawsuits from employees.

The proposed SB 1194 and HB 889 would require employers across Florida to provide paid leave of up to three months after the birth, fostering and/or adoption of a child to employees who:

Employees who choose to take a paid leave under the proposed Florida Family Leave Act (FFLA) must take it concurrently with leave taken pursuant to the federal Family and Medical Leave Act (FMLA), which allows up to 12 weeks of unpaid leave.

If the FFLA becomes law, Florida business may face financial difficulties as they would have to pay:

Florida followed suit after other states have expanded the rights of employees who use medical marijuana. The Medical Marijuana Employee Protection Act, comprised of HB 595 and SB 962, would provide new employment rights to workers using medical marijuana in the public and private sectors.

The proposed law would cover both job applicants and existing employees. In fact, the legislation includes the right to sue an employer if an adverse employment action has been taken against the worker due to using medical marijuana or because of his/her status as a qualified medical marijuana patient.

The new law would not apply to “safety-sensitive” jobs, including:

SB 206 and HB 161, titled as the Florida Competitive Workforce Act, would prohibit employers from discriminating against prospective and existing employees based on gender identity or sexual orientation. Currently, no Florida law prohibits these types of discrimination.

More than 20 other states, and the District of Columbia, have enacted laws prohibiting discrimination based on gender identity and sexual orientation.

Before the proposed law takes effect, Florida employers can prepare for the changes by reviewing their existing employee handbook – or creating one if there isn’t any – as well as modifying their training and orientation materials to warn against and prevent any discriminatory actions based on gender identity and sexual orientation.

Speak with our West Palm Beach employment law attorneys to discuss how the proposed laws might impact your business and workplace. Contact Pike & Lustig, LLP, to make sure that your company stays ahead of the curve. Call at 561-291-8298 for a consultation.