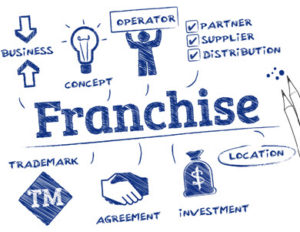 Who actually employs the workers at a franchised business? Certainly, the franchisee has a role as an employer, but does the franchisor? Recently, the Department of Labor (DOL) released new guidance on the role of the franchisor as a potential employer. This follows a decision made by the National Labor Relations Board (NLRB) last year that had a similar effect. Federal policy appears to be moving in a direction that puts more obligations on franchisors. In fact, increasingly franchisors risk being found to be joint employers. Being labelled a joint employer is a big deal. It dramatically increases the responsibilities for franchisors and has major implications for the entire business model.

In 2015, the NLRB issued a key opinion on definition of a joint employer. The case, Browning-Ferris Industries, contained a new joint employer test. While the controversy did not actually involve franchised businesses, the decision has important ramifications for franchisors and franchisees throughout the country. In the Browning case, two companies (BFI Newby Island Recyclery and Leadpoint Business Services) operated a recycling facility. Technically, Leadpoint was the employer of most of the recycling support workers. However, Leadpoint was supplying the workers directly, and solely, to support the business operations of BFI Newby Island. In the end, the companies were found to be joint employers of the workers. The board reasoned that BFI Newby was also an employer because the company retained control over the essential terms and conditions of the workers’ employment.

By itself, the ‘control over essential terms and conditions’ of a worker’s employment is a vague standard. In the Browning decision, NLRB dramatically broadened the application of this standard. This is because, for the first time, the NLRB ruled that a company could have ‘indirect’ control over essential terms and conditions. This decision was a drastic departure from previous rulings. The effect is that many more companies risk being labelled joint employers.

Why Does This Mean for Franchisors?

Currently, franchise trade organizations are seeking to push back against this decision. A big area of concern is the fact that being legally labelled a joint employer puts a lot of additional expenses and obligations on the back of the franchisor. For example, it could subject a franchisor to issues of collective bargaining, saddle them with more health care costs and expose them to workers’ compensation liability. Though, this is not just an issue for franchisors. This decision also has some troubling implications for franchisees. This is because it could limit the amount of support that franchisors are willing to give to new franchised business. Franchisors are likely to fear that too much support will increase their risks of being found to be a joint employer. Ultimately, this area of law is still in motion. However, the risk of being deemed a joint employer makes it extraordinarily important that all franchise agreements are drafted and reviewed by a qualified lawyer.

Do You Need Legal Advice?

Our Florida franchise law attorneys can help. At Pike & Lustig, LLP, our team has a proven track record of success. If your franchise business is involved in a dispute, please reach out to us today. We represent franchisors and franchisees throughout South Florida, including in Dade County and Broward County.