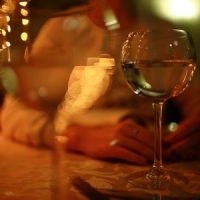 The U.S. Department of Transportation’s National Highway Traffic Safety Administration (NHTSA) is once again reminding holiday revelers to drive sober this year. Kicking off its annual holiday season impaired-driving campaign, the NHTSA is raising awareness of the dangers of driving while impaired by alcohol or drugs.

As part of the high-visibility enforcement efforts, law enforcement officers nationwide will be going the extra mile in their communities from December 14 through January 1 to get impaired drivers off the roads, with efforts such as sobriety checkpoints and community outreach.

NHTSA’s newly published report, Alcohol and Drug Prevalence Among Seriously or Fatally Injured Road Users [*link to final report*], takes a closer look at the pervasiveness of alcohol and drug use in serious and fatal crashes. The study – which included participation from seven Level 1 trauma centers across the country – examined the prevalence of alcohol and legal, prescription and illegal drugs in the blood of a large sample of seriously or fatally injured drivers and other crash victims, including bicyclists and pedestrians.

Driving impaired by any substance – alcohol or other drugs, whether legal or illegal – is against the law in all 50 states and the District of Columbia. To prevent unnecessary tragedies, NHTSA urges everyone to plan ahead, especially when celebrating the holidays, and to never drive drunk or high. Instead, designate a sober driver, use public transportation, or call a ride-hailing service or taxi to make sure you get home safely. Remember to check the availability of sober ride programs in your community. If you see an impaired driver on the road, call 911.