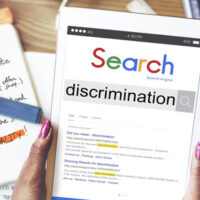 On September 26th, 2019, the Equal Employment Opportunity Commission (EEOC) published a press release stating that age discrimination charges have been filed against Jumbo Supermarket, a grocery store located in Lake Worth, Florida. The federal agency alleges that an older worker was wrongfully terminated based on her age. Here, our West Palm Beach employment law attorneys review this age discrimination lawsuit and explain what you should do if you believe your rights were violated by your employer.

A 57-Year-Old Employee Was Allegedly Replaced for Her Age

The EEOC filed this employment law complaint on behalf of a cook manager at the Jumbo Supermarket. According to the allegations raised by the federal agency, the 57-year-old employee showed up for scheduled shift on an otherwise ordinary day. However, when she arrived at the grocery store, she discovered that her supervisor was terminating her and that the company hired a replacement employee that was around 20 years younger.

While those facts alone are certainly not enough to support a claim of age discrimination, the federal agency alleges that supervisors cited age as a motivating factor. Among other things, the supervisor said to her “look old lady” and “it is time for you to rest.” If the allegations are true, this would amount to a violation of federal anti-discrimination law. After failing to reach a settlement with the grocery store, the EEOC filed an age discrimination lawsuit in the United States District Court for the Southern District of Florida.

The key federal law that protects employees against age-based discrimination is called the Age Discrimination in Employment Act (ADEA). Under the ADEA, it is unlawful for covered employers to take adverse employment action against an employee based on their age. More specifically, the law protects workers who are 40 years old or older. To be clear, not all companies are regulated by this law. The ADEA applies to all employers with 20 or more employees. Age discrimination can come in a wide array of different forms, including:

The allegations raised by the EEOC against the Palm Beach County grocery store involve an especially explicit example of age discrimination. Of course, similar to other employment law cases, age discrimination is not always directly articulated by managers or supervisors. Unfortunately, proving age discrimination can sometimes be challenging. As such, it is crucial that any suspected age discrimination in the workplace is investigated by an experienced attorney.

At Pike & Lustig, LLP, our Florida employment law attorneys have the knowledge and training needed to handle age discrimination claims. For a confidential initial consultation, please contact us today. We have law offices in West Palm Beach, Wellington and Miami and we represent employers and employees throughout the region.

By Michael Pike and Daniel Lustig | Posted on October 1, 2019