Pirate Ship Copyright Dispute Will Be Heard By the Supreme Court 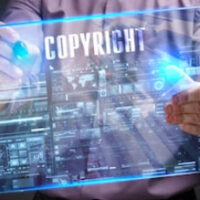 On November 5th, 2019, the Supreme Court of the United States is set to hear oral arguments in the case of Allen v. Cooper—a copyright dispute involved a sunken pirate ship off of the coast of North Carolina. It is a complex dispute that tests the limits of sovereign immunity and American copyright law. Here, our Miami copyright litigation lawyers provide an overview of the case and we explain the stakes.

A ship called Queen Anne’s Revenge—which was operated and controlled by the famous pirate ‘Blackbeard’—sunk off of the coast of North Carolina more than 300 years ago. The wreck was eventually discovered by a U.S.-based company called Nautilus Productions in the late 1990s. The company recorded and documented the shipwreck salvage—taking pictures and videos of the event. Further, the company, and its owner, Frederick Allen, obtained copyright registrations for the footage that he captured.

In 2013, the State of North Carolina began displaying some of the images created by Mr. Allen and Nautilus Productions without obtaining permission to do so. Eventually, the state reached a settlement with Mr. Allen and his company and agreed to pay $15,000. In addition, North Carolina also agreed to take down the infringing works and committed to not using them in the future.

However, that did not last. North Carolina changed its position—the state began using the images again and, in doing so, argued that copyright protections do not apply to salvation images from off-coast pirate shipwrecks. Mr. Allen and Nautilus Productions filed a copyright infringement lawsuit. In response, North Carolina moved to dismiss the lawsuit on the grounds that it has sovereign immunity.

The Legal Issues and Stakes

The plaintiffs in this case argue that North Carolina, and other states, can be sued for copyright infringement. They contend that a federal law called the Copyright Remedy Clarification Act (CRCA) restricts a state’s sovereign immunity in copyright infringement cases—essentially allowing individuals and private companies to hold states and state agencies legally liable for copyright law violations.

On the other hand, North Carolina is arguing that the CRCA, in its current form, is unconstitutional. The North Carolina legal argument is not without support. In fact, the Fourth District Court of Appeals ruled in favor of the state, dismissing the copyright infringement claim. The implications in the case are substantial. If North Carolina is successful, it would make it difficult, if not impossible, for many private parties to hold states liable for copyright violations. A decision in the case is expected in the first half of 2020.

At Pike & Lustig, LLP, our Florida copyright law attorneys have a deep background handling especially complex copyright cases. To get immediate help from a top-rated intellectual property lawyer, please call us now. With office locations in Miami and West Palm Beach, we represent individuals, businesses, and organizations all around South Florida.