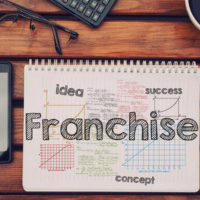 Recently, state senator Jack Latvala, a Republican representing the Clearwater area, introduced a proposal (SB 750) that would significantly alter franchise law rights in Florida. If passed, Senate Bill 750 would make it more challenging for franchisors to terminate business relationships with their franchisees. This bill would give franchisees additional legal rights that would help them gain greater protection over the value of the investment that put into their business.

Coalitions Have Formed on Both Sides of this Argument

SB 750 bill is supported by the Coalition of Franchisee Associations (CFA). The CFA is the nation’s largest pro-franchisee lobbying group. In total, the organization represents more than 41,000 franchisees. On the other side, the proposed legislation has drawn very sharp criticism from other prominent groups, including from the International Franchise Association (IFA). The IFA advocates for the rights and interests of franchisors, and among its members are many of the nation’s largest brands. The pro-franchisee groups argue that this bill should pass because it is based off of a California state bill that was signed into law in 2015. These groups argue that the California bill has proven to be successful. However, the IFA strongly disputes the alleged success in California. On the contrary, the IFA believes that the California bill has driven up costs in that state and caused the loss of jobs.

Understanding the New Obligations This Bill Would Put on Franchisors

If Senate Bill 750 is signed into law, franchisors operating within the state of Florida would face several added legal responsibilities. The most important of these new obligations include the following:

One of the primary reasons that proponents of this legislation believe that it is important is because many franchise agreements put significant restrictions on the sale or transfer of the underlying business. The bill’s sponsor argues that a franchisee should have the ability to transfer their business to whom they please, or instead, they should be able to get fair market value for their assets from the franchisor. Opponents of the legalisation counter that this bill is merely a solution looking for a problem. At the current time, it is unclear as to which side will have the upper hand as this issue moves forward in Tallahassee. As Florida politics can be extremely unpredictable, it is critically important that both franchisors and franchisees keep a close eye on future developments.

At Pike & Lustig, LLP, our attorneys have extensive experience handling franchise law disputes in Florida. If you are a franchisor or a franchisee in need of legal assistance, please do not hesitate to call us today at 561-291-8298 to set up a free review of your case. In addition to our primary office in West Palm Beach, our firm has just recently open a new location in Miami. From both offices, we proudly represent businesses throughout the region.