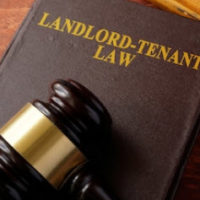 According to reporting from the Orlando Weekly, a pair of Florida lawmakers are set to introduce a new bill that would create additional legal rights for renters in the state. In a press release, State Senator José Javier Rodríguez and State Representative Carlos Guillermo Smith announced several proposed reforms to the state’s landlord-tenant laws. In this article, our experienced Miami landlord-tenant attorneys explain the key elements of this proposed legislation.

Two identical bills have been introduced in the Florida legislature; one in the Senate (SB 1794) and one in the House (HB 1283). Should the proposed legislation, or anything broadly similar to it, be signed into law, it would have a significant impact on the rights and duties of both effects on the landlords and tenants.

One of the key measures in the bill is a call for the creation of a “Just Cause” eviction standard. Essentially, the proposal would mandate that most leases contain language that prohibits landlords from so-called unfair evictions. Landlords would only have the right to evict tenants on certain grounds — such as the failure to pay rent or a direct violation of the terms of the lease. Of course, with this type of proposal, the devil is often in the details. It is still unclear to what extent landlord rights would be restricted if the bill was passed into law.

The other element of the landlord-tenant reform bill that is getting a lot of attention is the proposed rule on security deposits. If the bill was passed into law in its current form, landlords would be required to return security deposits in full within 30 days of the end of the lease, or to show good cause of not doing so. The failure to comply with the regulation would result in the landlord being subject to treble damages — meaning a landlord could be sued for three times the actual amount of the security deposit.

To be clear, this renters’ rights reform package is a long way from being signed into law. Though, it is always important for landlords to monitor proposed reforms. Even if this bill never makes any real progress in the Florida Senate or the Florida House of Representatives, it is still possible that the general ideas could gain some traction. Our South Florida landlord-tenant lawyers will keep a close watch on this bill and any other relevant legal developments.

Get Help From Our Miami Landlord-Tenant Litigation Attorneys Today

At Pike & Lustig, LLP, our Florida landlord-tenant lawyers are strong and effective advocates. No matter the nature of your case, we are standing by, ready to fight for your legal rights and financial interests. To arrange an initial consultation, please contact us at our Miami law office today. We also have an additional office in West Palm Beach for your convenience.