Punitive Damages Aren’t So Easy to Get 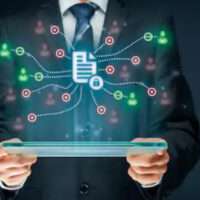 The Arguments for and Against

Of course, there are two sides to punitive damages. Some believe that they are an unnecessary punishment, and that the legal civil system is supposed to make people whole who have suffered some kind of injury—it is not intended to punish people.

On the other hand, many people cite punitive damages as a way to keep people, and society, honest. The specter of a huge punitive damage award is what ensures that people and businesses don’t take advantage of each other or the general public.

Certainly, punitive damages are unique. Outside of criminal law, the civil system rarely seeks to punish. In fact, in many cases, such as in liquidated damages clauses in contracts, punitive damage clauses can be held to be unenforceable. But Florida law does recognize punitive damages, and when they can be awarded.

No matter how awful the behavior of a party, and no matter what you think the other side did, you are not allowed to ask for punitive damages when you start the case. You must build up a showing, through the gathering of evidence, to demonstrate that there was or could have been some behavior worthy of having punitive damages awarded.

If the court agrees, the party does not automatically get punitive damages—it just wins the right to ask for them at trial.

For example, assume one of your employees gets drunk, and then gets behind the wheel of a car to make a delivery for your business. The employee then injures someone as he was driving drunk.

Call the West Palm Beach employment law attorneys at Pike & Lustig, LLP, at 561-291-8298. We can help you if you have an employment law or business law case that needs to go to court.

By Michael Pike and Daniel Lustig | Posted on November 17, 2020
Skip footer and go back to main navigation