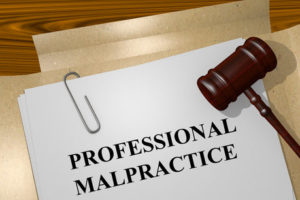 According to reporting from the American Lawyer, performing artist Curtis Jackson III, better known by his stage name ‘50 Cent’, has reached a $14.5 million settlement in a legal malpractice case. This settlement was reached with Garvey Schubert Barer (GSB), a law firm that represented the rapper in business negotiations and arbitration proceedings with the audio equipment maker Sleek Audio LLC.

Sleek Audio LLC and Mr. Jackson originally agreed to a deal to release a line of  ‘50 Cent’ branded headphones. In theory, this had the potential to be a very lucrative deal for all parties involved. The deal was structured similarly to the one that was used to launch the successful headphone line “Beats by Dre”. Rapper Dr. Dre’s branded headphones were eventually sold to Apple for more than $3 billion. However, the deal between Sleek Audio and Jackson quickly went awry. While Jackson had invested nearly $2 million of his own money into the company and the product line, the production was far behind schedule. Indeed, the audio manufacturer missed several key deadlines in the development of the product. Frustrated with the process, Mr. Jackson consulted with his legal representation at GSB, and after doing so, he claims that he was given approval to begin looking for a new company to produce the branded headphones. In court records, Mr. Jackson claimed that GSB advised him that he would not face legal action from Sleek Audio.

Sleek Audio quickly moved to take legal action against Jackson. Following a 2014 arbitration, a Palm Beach County, Florida judge ruled that Jackson had to pay Sleek more than $17 million. The judge made this ruling on the grounds of unjust enrichment. According to the judge, Jackson used Sleek Audio’s headphone model and other important design elements in the new product he crafted with another company. During this arbitration proceeding, GSB was still representing Jackson.

A Lot is On the Line in Legal Malpractice Cases

In arguing that he was a victim of legal malpractice, Jackson accused GSB of not representing him with an adequate level of professional skill. As with most professional malpractice cases, determining what constitutes ‘adequate representation’ can be extremely complicated. Ultimately, these cases always require an in-depth review of the individual circumstances. In reaching the settlement, neither Jackson nor GSB admitted any wrongdoing. Further, both sides reached a corresponding non-disparagement agreement. This case once again demonstrates just how much is at stake in professional malpractice cases. If you are a legal professional facing a malpractice claim, you need a qualified advocate by your side throughout the entirety of the process.

At Pike & Lustig, LLP, our firm represents individuals who have been sued for professional malpractice. If you are a lawyer facing a legal malpractice claim, please get in touch with our team today. We are the firm’s advocates and we represent legal professionals throughout South Florida, including in Palm Beach County, Dade County and Broward County.