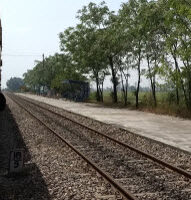 Beginning in 2018, Virgin Trains USA—also referred to as the ‘Brightline’—began operating in South Florida. It is the only privately owned and operated passenger rail system that is currently running in the United States. The line goes from West Palm Beach to Miami, with a stop along the way in Fort Lauderdale

While the new train line offers promise to the region, serious safety concerns about the line have been raised. Earlier this year, National Public Radio (NPR) reported that the Brightline is now the most dangerous railroad operation in the entire country. Unfortunately, deadly train accidents have occurred far too frequently along this line.

NPR reports that at least 40 people were killed in railroad accidents on the Brightline in the first two years of the train’s operation. Most of the collisions have involved pedestrians who were crossing the track —though, there have also been railroad accidents involving motor vehicles and bicycles. For reference, the stretch of track is far more dangerous than the national average. In fact, South Florida’s Brightline has the dubious distinction of being labelled as the deadliest stretch of railroad in the entire country.

In its response to reporters, management of the railroad contends that suicides and drug addiction are the primary factors causing the deadline collisions. They focus the blame on societal and industry-wide problems—not the negligence of their own company. In doing so, they stress that they are not to blame for the accidents. However, safety advocates are not convinced.

Along its nearly 75 mile track, the Brightline reaches speeds of almost 80 miles per hour. While not one of the fastest trains in the world, the Brightline does reach speeds that are far above what other trains hit in South Florida—meaning many people simply are not used to seeing trains go this fast through our region.

Of course, a fast moving train is not inherently a problem. After all, commuters benefit from speedy, efficient travel. There is plenty of evidence around the globe that high speed trains can be operated in a safe manner. That being said, fast-moving trains are potentially dangerous—more dangerous than slow moving trains. As a safety advocate told NPR, there are simply “not enough safety features” along the Brightline. There is relatively little protective fencing and pedestrian bridges/pedestrian gates are few and far between.

At Pike & Lustig, LLP, our West Palm Beach railroad accident attorneys are skilled, experienced advocates for injured victims. If you were hurt in a train accident, we will help you get justice and the maximum available compensation. From our office locations in West Palm Beach, Wellington and Miami, we represent train accident victims throughout the region, including in Fort Lauderdale, Hialeah, Boca Raton, Coral Springs, and Delray Beach.