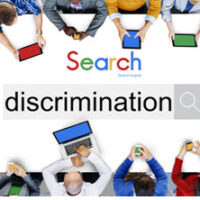 In the fall 2019 term, the Supreme Court is hearing three different cases on a broadly similar employment law issue. The cases include Bostock v. Clayton County, Altitude Express v. Zarda, and Harris Funeral Homes v. EEOC. The core legal issue in all three cases is whether or not LGBTQ employees are already protected from workplace discrimination through federal anti-sex discrimination laws.

Under Title VII of the Civil Rights Act of 1964, covered employers are prohibited from discriminating against workers based on their sex. The question that still needs to be resolved is whether or not discrimination based on LGBTQ status inherently amounts to gender/sex discrimination. If so, then it is already barred under federal law. If not, then Congress would be required to pass a new law if it wanted to create employment protections based on LGBTQ status.

According to reporting from Reuters, the Supreme Court appears to be divided after hearing oral arguments. The four liberal leaning justices on the court all signaled support towards the plaintiffs—meaning they are more likely than not to agree that Title VII already protects LGBTQ employees. In contrast, four of the court’s conservative leaning justices signaled opposition to the plaintiffs.

Legal observers on both sides of the argument noted that Trump-appointed Justice Neil Gorsuch is likely to be the decisive vote in these cases. Justice Gorsuch asked several questions that, at least to some degree, expressed sympathy with the arguments raised by the plaintiffs. Of course, what justices appear to “signal” in their questioning of legal advocates is not always consistent with how they eventually decide the case.

These cases represent the most important employment law decision of the term. At Pike & Lustig, LLP, our Florida employment lawyers will keep a tight watch on this issue. A decision is expected some time in the first half of 2020. Regardless of how the court eventually rules, the decision will have very important implications for both employers and employees in Miami, West Palm Beach, and beyond.

At Pike & Lustig, LLP, our Florida employment law attorneys have deep experience handling workplace discrimination cases. We have the skills and knowledge needed to represent both employers and employees. If you need legal guidance, please contact us today. With office locations in Miami and West Palm Beach, we handle employment law matters throughout South Florida.