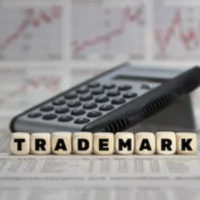 According to reporting from the Associated Press, the Supreme Court of the United States struck down a key section of the federal code (part of the Lanham Act) that previously prevented individuals and companies from obtaining trademark protection for marks deemed to be scandalous, immoral, or otherwise offensive.

Notably, this decision comes after other important court decisions that already struck down United States Patent and Trademark Office (USPTO) regulations against ‘disparaging’ trademarks. Here, our Miami trademark litigation attorneys provide an overview of the recent ruling from our nation’s highest court.

The case of Iancu v. Brunetti involves an entrepreneur, Erik Brunetti, who owns and operates an apparel company called Friends U Can’t Trust — or as its also known F.U.C.T. Certainly, the name of the company is a play on the common profanity. Depending on exactly how a consumer decides to pronounce the acronym, it may be wholly indistinguishable from the profanity. Mr. Brunetti sought to register for trademark protection for this brand. However, when he attempted to do so, a provision within federal law prevented the registration of the trademark. The California-based clothing entrepreneur had his trademark registration denied by the USPTO.

The specific legal issue at stake in this case is a portion of the Lanham Act that prevents the registration of “immoral” or “scandalous” trademarks. In light of a 2017 Supreme Court decision that overruled a USPTO regulation against allowing disparaging trademarks, Mr. Brunetti filed a lawsuit challenging the denial of his trademark. Ultimately, the matter that was before the court in this case was a First Amendment issue. As phrased in the official Supreme Court decision in Iancu v. Brunetti, the court was tasked with deciding if the Lanham Act’s bar on immoral or scandalous trademarks amounted to a violation of the Constitution’s Free Speech clause.

In reviewing the facts of the case, the Supreme Court of the United States struck down the provision in the Lanham Act that disallowed the registration of immoral and scandalous trademarks. In the majority opinion that was drafted by Justice Elena Kagan, the court determined that the specific part of the Lanham Act violates the First Amendment on the grounds that it amounted to an overly broad viewpoint-based restriction.

In its decision, the Supreme Court highlighted the key point that the government does have the right to make laws that restrict First Amendment rights. However, there is a very high bar for doing so: when restricting speech, the government is held to a heightened level of scrutiny. Viewpoint restrictions without a compelling public interest violate the First Amendment.