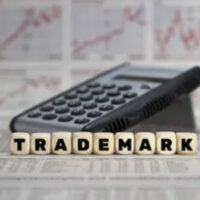 On November 18th, 2019, the London-based company that owns much of the Beatles’ intellectual property filed a trademark infringement lawsuit in the United States District Court for the Southern District of Florida (Apple Corps Limited and Subafilms vs. The Individuals, Partnerships and Unincorporated Associations).

The plaintiff alleges that the (as of now) anonymous defendants are unlawfully selling counterfeit merchandise. Here, our Miami trademark litigation attorneys provide an overview of the complaint filed by Apple Corps Limited and we explain how legal action can be taken to protect your brand against internet-based counterfeiters.

The Beatles are Seeking Injunctive Relief

Apple Corps Limited is a company founded by the Beatles in order hold and protect their intellectual property. It is controlled by Paul McCartney, Ringo Starr, and the legal estates of the band’s two deceased members. According to the allegations raised in their company, the defendants, a related group of individuals and businesses that have not been publicly identified, are using websites to sell counterfeit Beatles merchandise to unsuspecting consumers in Florida.

Among other things, the Beatles contend that the defendants are operating a network of misleading domain names to confuse consumers who are fans of the famous rock band. The websites allegedly appear as though they are selling authorized and legitimate merchandise, not poor quality knock-off products. In bringing the lawsuit, the Beatles are seeking both financial damages and injunctive relief.

As the internet has become an ever more important part of global commerce, counterfeiting and cybersquatting have both become serious issues that consumer facing businesses need to fight against. Under United States law, domain names can be seized or shut down as part of a trademark infringement claim.

If a company is using a confusingly similar domain name in order to sell counterfeit goods to consumers, that is a violation of the trademark holder’s legal rights. There are a number of different remedies available to address this type of infringement, including ordering the payment of financial damages.

Though, in many cases, injunctive relief is perhaps the most important remedy. Unfortunately, it can sometimes be challenging to extract financial compensation from counterfeiters—who are sometimes based offshore. The United States government reports that more than one million domain names were seized in civil anti-counterfeiting claims in 2018 alone.

If the Beatles can prove that the defendants violated their trademark rights through the sale of counterfeit goods, they may be awarded control of the domain names that were used in violation of intellectual property rights.

At Pike & Lustig, LLP, our Florida trademark lawyers are experienced and results-focused. If you have questions about counterfeiting and trademark infringement, we can help. Call us now to arrange a confidential review of your case. With office locations in West Palm Beach, Wellington and Miami, we represent individuals and businesses in Southeastern Florida and beyond.