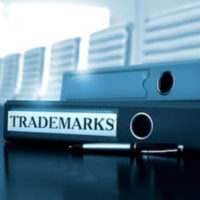 According to reporting from the SunSentinel, West Flagler Associates, the company that owns Miami’s Magic City Casino, has filed a trademark infringement claim against a South Florida developer.

West Flagler Associates is seeking to confirm its intellectual property rights in regards to the term ‘Magic City’. Below, our Miami trademark litigation lawyers provide an overview of the trademark infringement lawsuit filed by the owners of Magic City Casino.

The ‘Magic City Innovation District’ is a large redevelopment project that seeks to revitalize Miami’s Little Haiti neighborhood. Among other things, the developers are seeking to create a more walkable, sustainable neighborhood that offers a higher quality of life to a diverse range of residents.

However, the company in charge of the project is now facing a lawsuit over the project’s ‘Magic City’ moniker. In a complaint filed in the United States District Court for the Southern District of Florida, Magic City casino owner West Flagler Associates alleges that the real estate project’s developers are improperly infringing on their trademark rights.

Legal Issue: Does the Name Cause Confusion?

In trademark infringement claims, one of the key issues that courts consider is whether or not the name or symbol in question is likely to cause confusion in the mind of reasonable consumers. The SunSentinel reports that the legal representatives for Magic City Innovation District have already highlighted this as a possible defense against the trademark infringement lawsuit. Specifically, their attorney noted that they are “completely different businesses”, that they “don’t offer casino services”, and that Magic City is a generic term that has been used by many businesses.

In response to this potential trademark infringement defense, legal representatives for West Flagler Associates countered that some members of the general public are already confusing the names. Indeed, they pointed to the fact that their casino property received phone calls about an art show that was actually taking place in the Magic City Innovation District last winter.

What Will Happen Next?

Speak to Our Miami Trademark Law Attorneys Right Away

At Pike & Lustig, LLP, our commercial law attorneys have deep experience representing businesses in trademark infringement cases. To arrange a completely confidential review of your trademark law case, please contact us now. We have offices in Miami and West Palm Beach, and we represent companies all over the state of Florida.