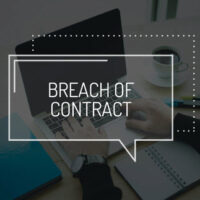 According to reporting from the Tampa Bay Times, Florida is suing Planet Hollywood for an alleged breach of contract. Florida officials contend that the company failed to live up to the obligations under an agreement through which it received money from a state-operated economic development and jobs creation program. Here, our West Palm Beach commercial litigation lawyers explain the breach of contract lawsuit filed by the state of Florida.

In 2011, Planet Hollywood International received six figures worth of financial subsidies and tax credits through Florida’s Quick Action Closing Fund. Touted and created by former Governor Rick Scott, the purpose of this program is to provide funds that support economic development and the creation of good, high paying jobs in Florida.

Notably, Planet Hollywood applied for funds through the program after it purchased Buca di Beppo—an Italian American restaurant chain that currently has more than 80 franchise locations nationwide. When Planet Hollywood purchased Buca di Beppo, it agreed to move the headquarters of the company from Minnesota to Central Florida, setting up shop in a new location in Orlando.

In doing so, many new jobs would allegedly be brought to the region. There is no dispute about part of the contract: the company has followed through on the relocation promise, and Buca di Beppo is now headquartered in Orlando.

However, that is not the end of the story. The agreement signed by the company in order to receive funding from the state included very specific terms and requirements. Florida officials contend that Planet Hollywood has not satisfied the job creation benchmarks nor has it met its annual reporting requirements.

In 2016, the Florida Department of Opportunity terminated its agreement with Planet Hollywood. At that time, state officials notified the company that the agency wanted repayment of $288,000 in subsidies on the grounds of breach of contract. As was mentioned above, Florida alleges that:

The Department of Opportunity is now seeking payment of $288,000 in damages for breach of contract in state court. To this point, the company has not provided any public comment related to the lawsuit.

At Pike & Lustig, LLP, our Florida business law attorneys have extensive experience representing businesses in breach of contract claims. We handle complex commercial litigation, including issues involving state and local government entities. If you or your business is currently locked in a contract dispute, we are ready to help. Call us now for a fully confidential, no obligation review of your case. From our offices in Miami and West Palm Beach, we serve clients throughout South Florida.