Trademark Law: You No Longer Need to Prove ‘Willfulness’ to Recover the Infringer’s Profits 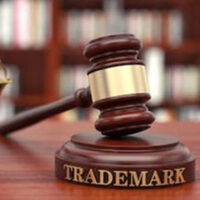 The historic decision to remove the “willfulness” requirement when recovering a trademark infringer’s profits should encourage more trademark owners to file lawsuits.

How the SCOTUS Ruling Will Affect Trademark Infringement Lawsuits

The SCOTUS decision that a trademark owner can recover an infringer’s profits without being required to prove that the infringement was willful has put an end to a long-lasting debate in trademark law.

In April 2020, the United States Supreme Court’s ruling in Romag Fasteners, Inc. v. Fossil, Inc. created a clearer path for trademark owners looking to recover damages in an infringement lawsuit. The ruling is expected to have a tremendous impact on ongoing and future infringement lawsuits.

Why the SCOTUS Ruling is a Big Deal in Trademark Law

Claims of trademark infringement are governed by the Lanham Act, which allows trademark owners to recover an infringer’s profits when certain elements are established by the owner. One such element is proving that the infringement was “willful.”

While the “willfulness” element is a prerequisite to recovering an infringer’s profits under §1125(c), the section governing actions for infringement – §1125(a) – does not contain the same requirement.

Despite the absence of the explicit requirement, many lower courts had determined that “willfulness” was a prerequisite to recovering an infringer’s profits in all types of infringement claims. However, the Supreme Court’s ruling clarified that proving “willfulness” is no longer a requirement.

In Philip Morris USA Inc. v. Liu (2007), a district court ruled that willfulness can be proven by a trademark owner by demonstrating “evidence of knowing conduct” or by showing evidence that the infringer was indifferent to the owner’s rights. Thus, if the infringer was aware of the illegal infringement and knew about the risk of litigation, the owner can establish the “willfulness” element.

However, the most recent SCOTUS ruling also noted that the infringer’s “mental state” is still “a highly important” factor when determining whether to award his or her profits to the trademark owner. The Supreme Court also insisted that while the “willfulness” factor is an important consideration in infringement lawsuits, it cannot be “an absolute precondition.”

It is unclear whether lower courts will continue requiring proof of willfulness when awarding the infringer’s profits to the trademark owner or whether they would take the SCOTUS ruling into account.

Without having to prove willfulness on the part of an infringer, the process of recovering the infringer’s profits could be easier in pending and future infringement lawsuits. However, a trademark owner would definitely benefit from hiring a knowledgeable West Palm Beach trademark litigation attorney who can use the latest SCOTUS decision to your advantage. Contact Pike & Lustig, LLP to discuss your case. We serve clients throughout Southeastern Florida. Call at 561-291-8298 for a consultation.